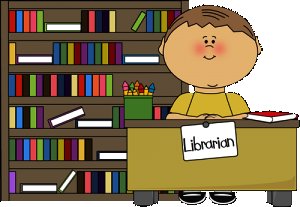 I was rather tired last night and so went to bed earlier than usual and watched "Gotham" over brekkie this morning. Not watching it as it was broadcast last night meant it only took forty minutes to view as I could fast-forward through the adverts. This isn't news to me; I really should do it all the time.

I've often wondered exactly in which time period "Gotham" is set. Judging by the mobile phones the characters carry and the computer technology they use it is obviously not current-day, but sometime in the not-too-distant past. I'd say probably about ten to fifteen years ago.
I sat up and took notice at one point during the show; the action was taking place on February 21st; my birthday. It was mentioned that this was a Thursday. However this doesn't really help to date the show at all. February 21st was last on a Thursday in 1991, 2002, 2008 and 2013. 2002 sort of makes sense for the technology in the show. However if it was set in 1991 that would make Bruce Wayne thirty seven today; which would fit more with the Batman comics.
I spent ages working this out... does it matter?

I set off to work. As I drove there was talk about the ongoing nationwide closures of libraries and how many are only being kept open by the efforts of volunteers. I realise I'm in a minority here, but is this a good thing? Whilst these volunteers mean well, should public services *really* be provided by volunteers?
It is a short step from this to having the entire medical care of the nation provided by volunteer first aiders, and having schools replace paid teachers with keen amateurs. Imagine what savings any government of any political persuasion could make that way.
(And then look at what the individual political parties stand for..... but I've done that rant to death.)

There was also an article about the RSPCA in which it claimed they'd had a cat put down. Leaving aside the fact that the cat was perfectly healthy, the pundits made great show of the little-known fact that the RSPCA have absolutely no authority whatsoever to do anything at all. But the RSPCA have never let that stop them getting involved in whatever they like.
I remember ranting about this sort of thing at great length back in the days when I kept snakes (twenty years ago) and nothing seems to have changed in the meantime.

I stopped off in Morrisons for supplies. I got some fruit and also jam and marmalade. A pot of Morrisons marmalade costs twenty seven pence. A pot of the posh stuff costs exactly a quid more. It don't taste that different to me. Some people really do have money to burn.

I got to work and did my bit. During the day we had a visit from an ex-colleague. "Little Matthew" (who was bigger than the other Matthew) came back to see us today. He's currently at university in Bristol. He seemed happy; which is probably the best one can hope for from life.

I came home; as I parked I saw "My Boy TM"; him and Cheryl had taken Lacey and her boyfriend to Dreamland in Margate. Boyfriend !! She is nine years old !!
I then took "Furry Face TM" for a walk. As we walked we met two girls not much older than Lacey. They wanted to stroke my dog. As they did so one of them told me "My mum says she wonders if I will have big tits". I muttered some feeble excuse and made a hasty getaway. As we came home past the horses so the heavens opened and we both got soaked.

We hadn't been home long when "er indoors TM" came home annd unleashed a case of whoop-ass on me for not getting margarine whilst I was in Morrisons this morning. No one told me we were short of the stuff.

WIth our usual Tuesday plans on hold for Easter we had a quiet evening in. We watched the latest Bake-Off then slept through this week's episode of The Aliens. It is rather dull....