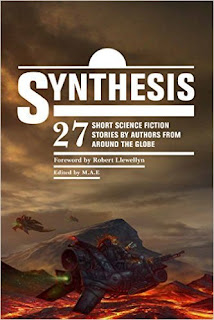 Over brekkie I watched Ronnie Corbett in "Sorry". For all that I keep telling the SkyPlus box not to record the program, it keeps doing so. And it seems to have decided to stop recording "The Last Man on Earth". I must admit I tired of Ronnie Corbett and turned it off half way round. I then had a look-see at the geo-map. There is talk of a mission to Cornwall over the May Day Holiday. However I can't get the time off work. I do have the first week in May off work though. I'm vaguely thinking about a three day walking holiday in Devon taking in some twenty five miles. (But only vaguely).

As I drove to work I was surprised in the difference a day made. Yesterday was bright and sunny but oh-so-cold. Today was dull, overcast and quite warm.
The radio gave me a wry smile - a recent survey has shown that there are (on average) one hundred and sixty discarded plastic bottles along every mile of Britain's beaches. It has been suggested that to avoid this littering disposable plastic bottles might have a returnable deposit in future. You would get a few pence back whenever you return an empty bottle to the shop. Just like it used to be when I was a boy.
This is actually quite a good idea to shift the litter; when I was young discarded bottles were worth something. My and my mates would go in search of the things because we got paid for taking them back to the shop. Going round tidying up was quite lucrative. Mind you children these days never seem to leave the house... but that's another rant.
Most of the morning's news was about the terrible bombings in Brussels. I wish I could understand the mentality of these terrorists. What *do* they think they achieve by blowing up innocent people. Are they *really* that stupid that they know no better, or are they *really* that stupid that they honestly think God wants them to kill people?
Either option is rather sobering.

I got to work, and found where I'd left the sandwich box. It was in my locker. I'd wondered what I'd done with that.
I did my bit, then came home again. Usually when I come home "Furry Face TM" is fast asleep. I say "usually"; he is *always* fast asleep. But not today. I came home to find him on the back of the sofa watching the world going by.
I popped his lead onto him and we went for a wander round the park. My dog played nicely with several other dogs and didn't instigate any fights at all. That is to be encouraged. Mind you we did have a minor incident with a toddler. Said child kept approaching "Furry Face TM"; and every time he showed any interest in her she ran off in terror. I gave the little girl five minutes of our time, then we continued home.
Once home I solved thirty of the three hundred and sixty geo-puzzles in Cornwall (for want of anything better to do) until "er indoors TM" came home.

I had a message... I'm now a published author. I've written two short stories which appear in an anthology. You can download it from Amazon, and I understand that it will be available in "proper book" format soon...