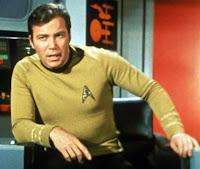 I slept well until 4am, then on waking far too early couldn't get back to sleep again. I gave up trying shortly after 5.30am and got up. Over brekkie I watched Saturday's episode of Dad's Army in which the verger made sure there was no mis-use of the vicar's apparatus (!)

I then did my morning check of Facebook. Apparently a helicopter has been circling the town overnight. One of the more "educated" of the masses had posted that she thought "sum fink bad" had happened.
And then I got rather angry.. a distant relative was posting all sorts of left-wing socialist political stuff. Whilst I agreed with the sentiment of what he was posting, it never fails to boil my piss that the chap is *the* most ardent supporter of the Conservative party. He won't hear a word against the Conservatives, but disagrees with their policies at every turn.
In the past I've tried to explain....

After yesterday's debacle I then made a point of putting my wellies in the back of my car. There was a lot of ice to be scraped from the car this morning. Odd really as I had to wear my sunglasses as I drove; the sun was that bright.
It was as well the sun was out and had melted the ice on the roads. I had to use my brakes quite a bit this morning. One particular car; a BMW (with registration LR53 NCY) was swerving from lane to lane in a desperate attempt to get in front of everyone else. Having cut me up twice this car then drove through a red traffic light. However that did them no good whatsoever as I caught up with them in Kennington some two minutes later.

As I drove to work the radio was telling me all that was going on in the wider world. The Chancellor of the Exchequer was having problems. MPs are to vote on whether or not to approve his budget plans. It seems there is a groundswell of opinion against his plans. But it is not clear whether is is on sound financial rreasons, or for silly political reasons about his stance on Europe, or to scupper his chances of taking over from David Cameron as leader of the Conservative party. I would have thought the nation's finances were too important for silly political manouvering, but what do I know?
And controversy still rages as to whether men's or women's tennis is the most important. It seems there is a lot of bad feeling amongst professional tennis players as to who should have the most prize money.
It is a matter of the utmost indifference to me, but this is apparently very important. It must be to have warranted so much attention.

I got to work; I did my bit and came home again. I got stuck in road works on the way. Apparently the road works in Kennington will be there for several months. I was delayed by eight minutes this evening so I can't really grumble.
Once home I walked "Furry Face TM" round the block and then after a rather good bit of scoff we drove down to Folkestone to visit Jimbo. A cuppa, a few insults bandied, and then we watched proper Star Trek with Captain Kirk.
Did you know William Shatner was eighty-five today?