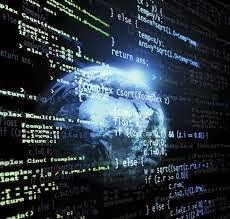 I woke at 4am with the most excruciating pains in my belly so hurried to “Trap One” where nothing really happened. After a few minutes the pain passed, so I went back to bed again and managed to doze until 7am.

After brekkie I took “Furry Face TM “ for a walk. As we went through the park a small child pointed at him and asked loudly “why is that doggie walking funny?”. His mother bellowed (even louder) that she didn’t know, and both looked at me expectantly. I smiled politely and kept going; and then spent the next two hours of our walk watching my dog like a hawk. I hadn’t been aware that he had been “walking funny” and he certainly didn’t do so whilst I was watching today. Admittedly he does do an odd thing with his back left leg from time to time, but a lot of Jack Russell variants do that.
The rest of the walk through the park was promising to be rather dull after that; that is until we acquired a golden Labrador. Suddenly this huge dog appeared from nowhere and joined us. If I knew where his owner was I would have taken him back, but the dog seemed to be an autonomous entity.
After a few minutes the dog wandered off on a mission of his own and we continued round to Singleton Lake where my dog chased ducks, geese and assorted waterfowl until a swan put the willies up him.

Once home I hosed the mud from the dog, then popped up town. I dropped birthday cards to the correct recipient, then went to look at saxophones in the music shop. It was closed. I then went to the shoe shop that Martin had told me about only to find it was a mobile phone accessory shop. And when I went to look at DVDs in HMV and found the thing had gone bankrupt I gave up and came home. Via the milk shake shop. Regular readers of this drivel may recall that I found a fiver on Monday. I squandered it on a curly-wurly milkshake before coming home.

Once home I did the astro club’s accounts and then did my own. I wish I was as good with my own as I am with those of the astro club. And over a spot of lunch I watched this week’s lectures in my course. The course is entitled “Internet History, Technology, and Security” and we’ve now completed the history part. I got ninety per cent in this week’s test, and I then spent much of the rest of the afternoon working of the next essay for the course. It’s an interesting essay: “Write an essay that imagines how the Internet will be different 20 years from now.  Justify your answer by connecting your ideas to the history of the Internet that we have learned in this class and through outside materials.  Your answer can focus on how technology will change or how people will change or how governments and policy will change or even how society might change”.
I have some ideas, but if any of my loyal readers might care to make some suggestions… that would be cheating.

‘er indoors TM set off to the AGM of the arky-ologee club. I’ve not been in two years, and didn’t fancy it. Instead I settled down in front of the telly and watched the film “Carriers” starring Chris Pine. It started well, but lost the plot about half way through