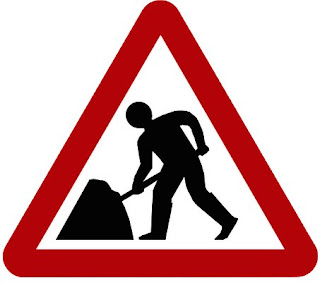 Apart from one trip to the loo I slept for over eight hours last night. Being on a late shift I hadn't set an alarm. I'm convinced that setting an alarm gives me a restless night. With no alarm last night I slept very well.
Mind you my elbow was incredibly painful this morning; carrying someone else's litte dog yesterday did it no favours.

I got up, ran the clippers over my head and sat down for a spot of brekkie. The morning's haul of emails was dull; LinkedIn was recommending that I be friends with people with whom I clearly had nothing in common, and Amazon was recommending that I buy the very e-books that I have already bought from them.
I then saw an article on social media which made me chuckle. It was talking about the shortage of trained blood testers in America, how so few qualified blood-testers are about, and how good the pay is. The artlcle was followed by a tirade of griping from actual blood-testers who absolutely crucified the article.
Don't beleive what you read...
I also saw the first teaser trailer for the new Star Trek series which is planned for next year. And already the so-called Star Trek fans were criticising in on social media. Such a shame.

Being in a late shift today I had a little spare time so I took "Furry Face TM" for a walk. As we went up the road a nice lady in her car flashed her headlights and beeped her hooter and waved at me whilst grinning like a thing possessed. I wonder who she was. Two minutes later a young chap in the wetlands park a young chap (with a staffie) greeted me witha cheery "Hello Dave!". I had no idea who he was either.
As we walked we met OrangeHead and her gang of cronies. As is always the case when with her mates OrangeHead was rather aloof, but her chunky little friend was quite chatty. Her little dog's not doing too well.
As we came across the co-op field I kept an eye out for the errant puppy we found yesterday, but she was nowhere to be seen.

Home again, and my little dog took himself off to his basket. I set off for the late shift at work. I had a little trouble getting my car out of my road this morning. Last week the road was closed and dug up for electrical problems. Having filled in the holes and cleared off, today the water company were digging up the same bit of tarmac.
My father used to work for the department of British Gas that dug holes in the road twenty years ago; I can remember him telling me how there was no co-operation at all between hole-diggers back then, and how much time and money and effort could be saved if the hole only needed to be dug once.
I would have thought there would have been some co-ordination between those with vested interests in digging holes in the road, but apparently not.

As I drove to work "Women's Hour" was on the radio. They were discussing a novel scheme in which schoolchildren who wanted to discuss various social and emotional problems could now formally apply for an appointment with a school-based counsellor. Giving children someone with whom to walk was being heralded as a stunning innovation. All I can say is that when I was a child that was what the teachers were for.
I can remember being rather shocked at the lack of pastoral care shown by the teachers when the fruits of my loin were at school; and that was some time ago. Perhaps we are going full-circle?