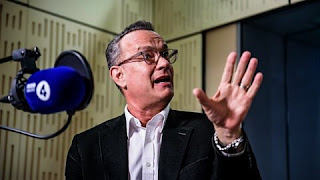 I sometimes wonder if having thicker curtains might help me sleep longer; I was awake with the dawn, and lay awake for some time looking at my sleeping dog. I say "sleeping" he was crashed out and snoring but his eyes were open. Do dogs sleep with their eyes open? My one seems to.

I then took "Furry Face TM" for a walk round the park. We were almost home and I was pleasently surprised that the walk had passed off without event when a small child appeared from nowhere and charged across the road at us. This brat jumped at my dog; landing inches from him. Said brat then screamed at my dog and started play-attacking my dog with an invisible sword. I think "Furry Face TM" was quite within his rights to bark at this brat. After a while the brat's fat mother waddled across the road (with half a dozen other ill-behaved brats in tow all seemingly in a civil war). Before she could say anything I told her that most dogs would have bitten her brat for the way he was behaving. I also hinted that decent parents *don't* allow their children to run across streets, and walked off leaving her shrieking at her hoarde of brats.

I set off to work earlier than I might have done: EI wanted me to deliver candle stuff to her mate in Canterbury. As I drove my heart sank. "Desert Island Discs" was on the radio. Usually this show is a chance for various celebrities to try to make themselves appear far posher than they really are by pretending to like obscure classical music to which no one actually listens. Ever.
But this show was different. Tom Hanks was in the chair; he was rather interesting and (with the forgivable exception of "Thus Spake Zarathustra") all of his music selections were the sort of thing to which real people actually listen.

Pausing only briefly to watch some idiot woman reverse her car into another car I the made my way to work. And everything of not today was over and done with by 11am...