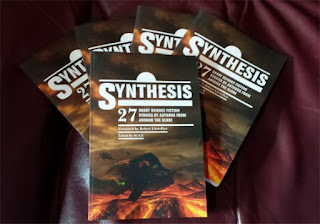 I slept much better last night; only waking an hour before the alarm was due to go off. Over a spot of brekkie I watched another episode of "Flowers"; a very odd show.
I quickly had a look-see on-line. Not much had happened overnight.

The morning's news gave me a wry smile. Not so much news as tittle-tattle really. Apparently the Quenn found Chinese officials to be very rude recently. She made a private comment to that effect, and it is all over the tabloids. Simularly the Prime Minister's private comments about corruption in Nigeria and Afganistan have been made public.
Interestingly no one is actually claiming that anything said by the Queen or the Prime Minister is factually wrong...
I've no dealings with the Chinese or the Afgans, but I distinctly remember a Nigerian chap with whom I worked telling me he thought the British system of working was odd in that managers in the UK (generally) didn't openly invite bribes for favours in the workplace.

I stopped off at Morrisons on the way to work to get some sausage rolls. We'd planned to have a picnic at work this lunchtime. Everyone had brought in all sorts of goodies to scoff. We had quite a feast piled up in the rest room this morning, and we all spent the morning glancing out of the window. The early torrential rain eventually subsided into a mere downpour. By mid day the rain had abated, but the ground outside was saturated so we had a picnic lunch inside.
We had far too much to eat; I spent much of the afternoon with something of a stomach ache.

I came home to find the postman had been. I've received a few copies of the book in which a couple of my stories were published. These ones are for family; my mum will actually like it, the fruits of my loins will pretend to like it, and "er indoors TM" is already using her copy to prop up a wonky table.
I must admit I'm a little disappointed that this book hasn't been the earth-shattering success for which I'd hoped. You can get it on paperback or in e-format from Amazon by clicking here. I'll even sign it for you. Twice...