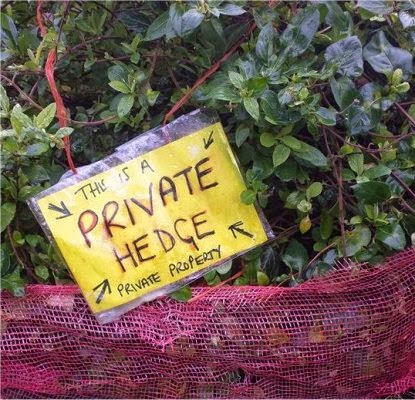 By the time I'd re-programmed my Wherigo I didn't get to bed until gone 1am. Consequently I slept like a log last night.

Over brekkie I saw that my Wherigo had received the official thumbs-up. I was pleased about that. Now I can start thinking about making the next one. I then sorted out the astro club's money. In a novel break with tradition, in my post-club-meeting tallly up I had exactly as much money as I thought I should have on the first counting. Usually it takes several attempts to sort it out.
For all that I have a degree in mathematics, I can't actually count.

I then went down the road; I had an appointment with the doctor. I've had a lump in my throat which has been slowly getting bigger and bigger. I went along expecting the worst, and the doc didn't actually say it wasn't the worst. She's given me some antibiotics and if the thing doesn't right itself in a week I'm too go back to see her.
I came home via the chemist (for antibiotics) and the bakery (for Belgian buns).

I collected "Furry Face TM" and we went for a walk. As we went along Christchurch Road we found a supermarket trolley blocking the pavement. It was from Asda (over half a mile away) and it contained a fire extinguisher. What was that all about?
We carried on through the park; we met an Irish Wolfhound. Surprisingly my little dog didn't show his usual "little dog syndrome"; instead he was scared. The big dog did nothing in any way threatening, but Fudge wouldn't leave my side. Mind you I say he was scared. Perhaps he was feeling under the weather.He'd had several bouts of dire rear whilst we were out. (I blame the squirty-cream I gave him yesterday)

Just as we came past Singleton Lake my phone beeped to tell me a new geocache had gone live. As luck would have it we were actually walking in the thing's general direction. The chance of a First to Find had appeared. It meant going a mile out of our way (and a mile back again), but what are FTFs for if not to chase?
We waddled round to try to find it; we took fifteen minutes to get to the cache site and another half an hour to actually have the thing in my hand. I was about to give up and sulk when inspiration came from a most unusual source. I was the first one to find it. Happy dance.
Five minutes later as we were walking home we met someone else who had been chasing the FTF...

On our way home I noticed a footpath near Singleton school that I'd not seen before. This path seemed to go in the general direction in which we neeeded to go, so we explored. We discovered Singleton Manor; a rather posh moated manor house. I had no idea that it was there. And it was only a mile from home. It's amazing what you miss.
As we came home we also discovered a private hedge. One can only wonder what prompts someone to put up a notice to tell the public that a hedge is private.

Once home "Furry Face TM" had a shower to wash the dirt from his tummy, and I had my Belgian bun for lunch. It wasn't the freshest I've ever had. And then I went to bed at 1pm.
I had been given the opportunity to go to the Royal Observatory in Greenwich with friends today. I could have gone to Hastings with "er indoors TM" and"Daddies Little Angel TM" to visit my mummy. But being on the night shift tonight meant for a relatively quiet day; so bed it was.

I slept surprisingly well, and woke to find tthat it was as well I'd spent the afternoon in bed. While I'd been fast asleep the weather had turned, and there was heavy rain outside. I then spent a little while learning more about .lua codes for my next Wheri-project.
I'm feeling rather ambitious and ahve a plan to devise a GPS game which will take a couple of hours, involving all sorts of tasks and activities and is (quite frankly) well beyond my .lua coding skills. But I shall have a go. Idiot enthusiasm usually trumps common sense.

I'm off to the night shift now (via Morrisons)...