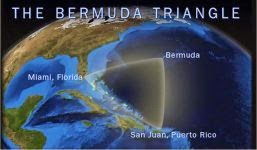 I slept like a log last night. A fidgeting dog woke me shortly before 9am and I got up to find an empty house. I sulked a little, and then had brekkie. I checked out the world of social media. I discovered that today was “Blue Monday”; allegedly the most depressing day of the year. Consequently I carried on sulking for a bit, and then took “Furry Face TM “ for a walk.

As I was gathering up his “eggs” a car tooted at me. Cheryl and Lacey were driving by. It was shortly after 9.30am; I wonder what Lacey was doing out of school. I shall find out.
We then walked up to Singleton Lake where we chased a squirrel up a tree. I say “we”; it was my furry associate who did most (all) of the chasing. We came home through the park where we didn’t see any of the familiar faces of OrangeHead’s Gang (which was probably for the best)

Once home I set about the laundry and the washing up, and then spent a large part of the day working on yet another Wheri-project. This one is loosely based on the Bermuda Triangle and features a randomisation feature about which I’m feeling rather smug. I’ve got to do a little field test tomorrow, but all being well it should be ready to go by the end of the week.

Three hours was the spent slaving over an ironing board, and with ‘er indoors TM off bowling I set about sorting my undercrackers. They don’t sort themselves…