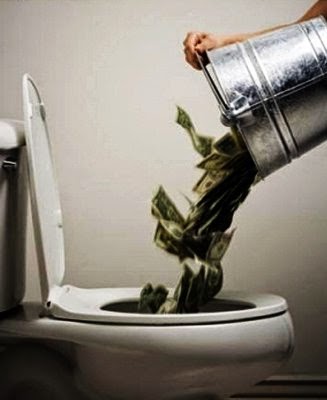 I was woken by my alarm this morning; that rarely happens. I got up, and so did my dog. That rarely happens too these days. He helped me eat my toast as I checked out the Internet. Little of note had happened overnight.

I set off to work. The journey was slow; very slow. There were several places that the chap driving the lorry of http://www.crucial-trading.com could have pulled over to stop, but he didn't. He drove all the way from Ashford to Chartahm (about ten miles of "A" road) at twenty-five miles per hour with a huge queue of traffic behind him.
Advertising on your lorries can be a double-deged sword; I for one shan't be using http://www.crucial-trading.com for whatever it is that they trade crucially.

As I drove I listened to the radio. I had a wry smile when the Circle group announced that they are pulling out of their involvement with Hitchingbrook Hospital in Cambridge.
They'd taken on running the NHS hospital as a private concern but it would seem that the unsustainable cost of “unprecedented A&E attendances” made their business model unviable. Or, in layman's terms, there was no money to be made from it.
There are those who claim hospitals are under-funded, and are using this to back their position. I'm not sure that hospitals are underfunded. The problem is that they have limited resources to provide unlimited services. Anyone can turn up at the A&E department as many times as they like and expect to been seen by medical professionals. Who needs an appointment with a G.P. when you can see a doctor at the hospital whenever you like? And bearing that in mind how do you budget for such?
One of the people being interviewed on the radio about the matter was a leading light in accident and emergency medicine. He recounted the tale of the A&E department where he works where a certain patient has attended (because he apparently has nothing better to do) twenty times in the last month.
This sort of thing doesn't happen in private health care. Private health care knows what it's going to get. People go private for a specific one-off operation or consultation in order to jump the NHS queues. Then they go back to the NHS for all their ongoing and never-ending general maladies.

I stopped off on my way to work to check on a geocache I'd hidden a couple of years ago. I'd not had anything reported on it for some time and was wondering if it had disappeared. I hoped not; it was a rather expensive puzzle box. It hadn't exactly disappeared; but it was ten yards away from where it was supposed to be.
Why can't people put these things back where they find them?

And so to work where I did my bit on a rather busy day. At lunch time I saxed. "Blue Moon" has promise, but the Bach minuet needs a little work. Mind you Johann Sebastian did write his minuet over a hundred years before Adolphe built the first saxophone, so that is my lame excuse and I am sticking to it.

Once home I took "Furry Face TM" for a walk round the block. For all that it is now four days since Twelfth Night there were still a few houses with Christmas trees up. And with my dog walked I set about ironig a few (six) shirts. It's surprising how long it takes to iron a shirt or six...