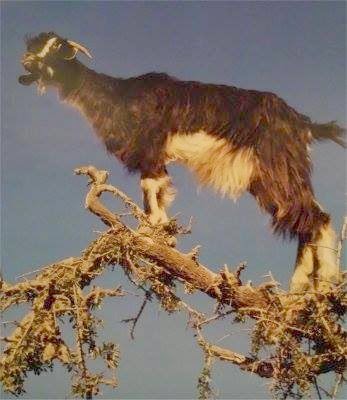 The night shift went as well as can be expected; I quite like the night work really. As always I had the radio on. And as always it was akin to the proverbial curate's egg.

There was an interview with the lead singer of the eighties ska band "The Selecter" who was famous for having been famous thirty years ago. Amazingly that band is still going. The woman interviewed seemed to have little of note to say, but that didn't stop her saying it.
Clive Anderson then led a discussion on how accusations of rape are dealt with by the British courts. The panel of self-appointed busybodies seemed to be disappointed with how few accusations of rape ended in a conviction.
A case was discussed in which the accused chap was adamant that consent for sex had been given, and when the case went to court the woman involved then claimed she had been so drunk that she had no recollection of an entire day. The accused denied the woman was at all drunk.
What evidence is there for either side in a case like this? Apparently the judge in this case threw the case out of court, and there was then a legal squabble as to which of the two parties was to be charged with wasting police time.
There was a ten minute article about the mass murderer Harold Shipman, and ten more minutes about atrocities during the Spanish civil war.
And then a complete nut-case calling herself a "holistic doctor" ranted about how it was better that children should suffer from preventable diseases rather than have their civil liberties infringed by vaccinating them before they are old enough to decide for themselves whether or not they wanted to be vaccinated.

I wonder if I might be better off listening to Radio 2...?

With work done I came home. As I parked the car outside home my phone pinged. A new geocache had gone live in Hothfield. Five minutes drive away. I thought I'd chase the FTF; I chased it. I was beaten by three minutes. But it was good to chat with "The Three of Us"; and for once there were three of them.
I came home again to an empty house. "er indoors TM" had taken "Furry Face TM" for the traditional Sunday walk. So I abluted, put some laundry in to wash and had brekkie. WIth no small dog about the place I had all of my toast to myself. I didn't like it much. It's amazing how empty the house seemed without Fudge under my feet.
Whilst scoffing brekkie I checked the geocaching forums and showed amazing self restraint. Those who advocate the use of GPS units (whilst sneering at SmartPhones) were extolling the virtues of spending a lot of time and effort laaboriously farting around with GPS units to do what my phone can do at the touch of one button.
I kept quiet for once and said nothing.

Whilst the washing machine churned I spent an hour dissecting .lua scripts. I *think* I can devise enough programming to make another Wherigo all on my own. I then took myself off to bed and slept for a few hours. I got up and spent over an hour making twenty seconds of game play for my next Wheri-project. It's going to be an adventure based on Batman, and after quite a lot of serious effort I've got the thing to have Batman's Butler Alfred to say that Batman is wanted on the phone, and Batman to say "sod it" and go down the pub.

Oh - and it's the first of the month. I turned the page on my calendar.
Another goat in another tree...

I'm off to the night shift again...