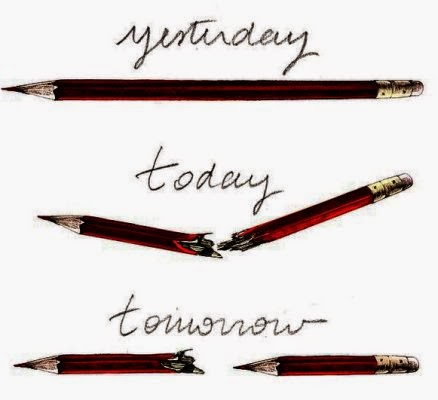 I woke in a panic after a rather traumatic dream about old women driving dangerously becuase the most recent fruit of my loins had taken up playing the cello. I wonder what provoked that nightmare.
Amazingly I'd woken only one minute before the alarm was due to go off. I got up (letting a sleeping dog lie) and over brekkie watched an episode of "Dad's Army" (they don't like it up 'em).

As I drove to work I listened to the morning's news. There was anger from all sides as funding to supply anti-cancer drugs has been cut. Most vociferous amongst the campaigners was the drug manufacturers themselves. I can't help but think that it is the drug companies own fault that have priced themselves out of the market. I can remember going for an interview with "a major pharmaceutical company". Their establishment was huge - it would have taken an hour to walk round the perimeter of the place. I was shown one very small lab in which a certain drug was made, and I was told that it was that one lab which paid for absolutely everything else.
A little less profit might make their products a little more affordable.

There was also talk about the shootings in Paris. Basically some journalists have upset some Islamic extremists who have then seen it as their God-inspired duty to go on a killing spree.
I can't help but wonder if as a society we are doing the right thing by taking religions seriously. If religion was treated with the mild disdain afforded to other forms of unsubstantiated crackpotism (such as astrology, palm reading or homeopathy) by mainstream opinion, would it still be giving society the problems that it currently does?

Once at work I voiced this opinion and had an "interesting discussion" on the matter. One of my colleagues said that as a Christian she was offended by my opinion. I didn't offer any apology, but I asked her which church she attended on a weekly basis. She replied she didn't actually go to church regularly (or at all). When I pointed out that it says in the Bible that you should regularly meet up with others of your faith she admitted that she hadn't read all of the Bible. I asked her about her stance on gay marriage. She was for it (as am I) but when I pointed out that the Bible is very clear on the fact that it considers homosexuality to be wrong, she admitted that she hadn't read any of the Bible at all. I then asked her if she believed that God had taken on human form and had died on the cross for her personal sins. She didn't actually believe that. "Not as such..."
She wasn't happy when I summed up her position. She claimed to be Christian, but hadn't read the sacred texts of her religion and didn't believe its basic tenet of faith. In her defence snarled that she tried to be a "good person". I asked her why. She had no real answer for that, but seemed to think it was in some way connected with her version of religion.
Isn't this true of so many people. They adamantly claim to be of a certain religion but what they believe, say and do has no bearing whatsoever on the actual religion to which they purport to be an adherent.
Don't we all try to be "good people"? Do we need a God to frighten us into being so?

In an interesting epilogue to this episode this same person stopped me at mid day and said that whilst she believed that God created the universe she also believed in the Big Bang theory as well. So I asked her how she reconciled the idea of a Big Bang with the First Law of Thermodynamics. She had no idea what I was talking about, but she still believed in the Big Bang theory anyway.
If nothing else, it proved that some people believe absolutely any old twaddle that they hear.
If only people were to think for themselves...