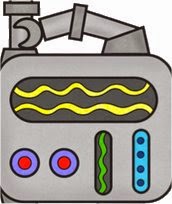 I slept like a log last night; finally being woken by my alarm. I woke surprised to find "Furry Face TM" wasn't crashed out next to me as he usually is; I found him in his basket looking rather sheepish. I couldn't work out if he was embarrassed about his sulk of last night, or embarrassed about the recent damp fresh dog-tiddle stain on the carpet.
Rather than watching telly this morning I spent some time clearing up dog tiddle instead.

Off to work; as I drove the radio spewed its mixed bag of gems and drivel. Our old friend science has discovered the oldest star known to have planets. Great show was made of the fact that this has tremendous implications, but no show at all was made of what these implications might be.
Some vacuous old windbag was wittering on "Thought for the Day" about how the original version of the Lord's Prayer had relevence to the Greek financial crisis. And researchers showed that pregnant members of the lower orders are more likely to give up smoking if they are paid to do so. Personally I can't see how anyone can afford to smoke these days - ten fags a day costs more than one hundred quid each month.

I got to work, I did my bit. I went out to practice my sax at lunch time. or that is I went out to do so, but didn't. It was too cold, so I sat in my car and surfed the net on my phone instead.
I also treated myself to a Cadbury's creme egg. There has been a lot of fuss recently about how the creme egg recipe has changed. It didn't taste any different to me.

With my bit done I came home. I was planning to go visit my grand-bub. I had an offer to go out to dinner with father-in-law as well. I did neither. Instead I spent the evening at home; a few rough nights recently had taken their toll. I just wanted a bit of peace and quiet.
I didn't get it. My dog sat on the sofa with me and spent the evening whinging for me to play tug 'o war and fetch. For most dogs that would be two seperate games; not for my dog...

I spent a little while on my new Wheri-project. I've programmed "the thing". Those of a geocaching persuasion will be able to have a go with "the thing" in a week or so. I hope.