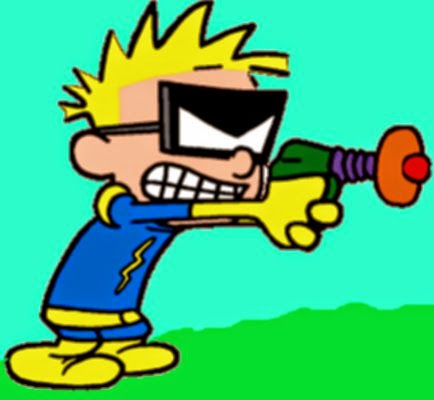 I would have slept better had "Furry Face TM" not jumped on to the bed and started pushing me off. Every time I moved him he would (after a few minutes) sneak back and continue pushing. Finally he got himself comfortable, and I resigned myself to trying too sleep with my arse hanging off the edge of the bed.
Did I ever say I never wanted a dog?
I got up shortly after seven o'clock and over brekkie watched more "Game of Thrones". Another major character has croaked (been killed); one thing I like about the show is that the writers have no qualms about killing anybody off. Mind you on the minus side, in a novel break with tradition everyone kept their kit on.
I then mucked about on-line for a while. I've sorted out a little geo-stroll round Battle in Sussex for next weekend. If any of my loyal readers fancy coming for a walk, drop me a line and I'll forward the details.

"er indoors TM" got up and did a fart that I actually applauded. I would have been proud to have done one like that myself.
We then drove out to Tenterden Garden Centre. Pausing only briefly in Brenzett for geocachical purposes we were soon at the garden centre. We bought a couple of birthday presents and had a look at the aquatic shop. It's been completely redesigned since I was last there; and for all that the fish selection was good, the fish were (at least) double the price of those in Bybrook Barn.

We came home, and took "Furry Face TM"round to the park. He needed a walk, and my amphibious associate had said that he would be doing one of my park-based Wherigos this afternoon. It would have been mean not to have gone along and offered advice on the trickier bits.
So I was mean and went along to gloat as he struggled with the trickier bits. But bearing in mind the abject failure of my Singleton Wherigo not working on Garmin technology I was pleased to see this one work on both Garmin and I-phone as well.

We came home, and made a flying visit to Asda for a take-out curry, then settled down to watch James Bond whilst we scoffed the curry. I can remember liking "Skyfall" wheen I saw it for the first time; I thought it dragged on somewhat this time...