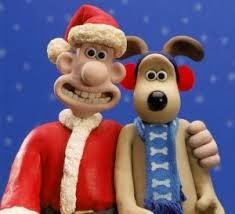 I was really tired when I went to kip last night. I slept till 3am when the noisy drunks woke me up on their way home. From 3am onward there was a seemingly endless succession of noisy drunks going past the house.
I gave up trying to sleep at 5am, got up, and watched the first episode of Season Four of "Game of Thrones". Apart from the rather disappointing fact that nudey-dragongirl kept her clothes on it was a rather good episode.

And then at 6.45am I set off to work. More people work on Christmas Day these days than they ever use to; I can remember working the night of Christmas Eve (some years ago) and driving to Hastings at 9am Christmas morning and only seeing three other cars. Today at 7am (ish) I saw nineteen other cars between home and work.
Mind you the pundits of the radio said that, according to the Office of National Statistics, about three per cent of people in work were working today.
The largest group of workers was those employed by the NHS. According to Nick Palmer of the Office of National Statistics 141,000 doctors, nursing staff and midwives were working on this festive day. He was rather vague about the numbers of pharmacists, paramedics, radiographers, telephonists, porters, biomedical scientists, health care scientists.... as are many people.
The radio also (for some odd reason) featured a program about "Wallace and Gromit", and I spent much of the day with the theme to "A Grand Day Out" going through my head.

I got to work and (ably assisted by the inestimable "Soup Boy") I had quite a busy day. Unlike forty nine per cent of the country's vicars who apparently didn't work today. And with my bit done I came home to a rather full house. Nearly all of the tribe had gathered, and it was good to spend some time with family.