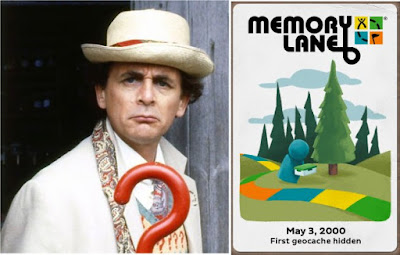 As I peered into the Internet I was rather perplexed by some of the posts I saw on a few of the Lego-related Facebook pages I follow. As well as some rather good Lego creations having been made, a growing number of people are just sorting their boxes of Lego bits into piles of similar bits, and were posting pictures of parts. Twenty Lego windows in one photo, a dozen sets of wheels in the next, then fifteen flags, and then ten doors… what’s that all about?
I also saw that a family member was posting about a poor woman suffering from “electro-hypersensitivity” and was having to live in her car (parked in a car park in Bexhill) because exposure to electromagnetic radiation makes her ill…
I nearly choked on my coffee…
Seriously? Just Google “electro-hypersensitivity” and you’ll find no end of reports from reliable sources that there is no evidence for it at all. Take the case reported – if this woman was *really* made ill by electro-magnetic fields then she’d live in a tent in a field, not a in car park full of intense electro-magnetic fields that a car generates (particularly when the engine is started). Mind you, the article said that she was a reflexologist, so I suppose that speaks volumes.

We took the dogs down to Orlestone for a little walk around the woods. The car park was the busiest I've ever seen it since I staged a geo-meet in there all those years ago (9 August 2014). But for all that the car park was full we only saw three other groups of people as we walked. It was a shame that Pogo had to be so confrontational with the dog of the first bunch we met.
But...
He was on his lead (which is never good for his frame of mind) *and* "er indoors TM" was with us. His little "episodes" only ever seem to happen when she is along. He never gets quite so bad when it is just me. Is he protecting her when he kicks off?
Once we were away from the normal people the rest of the walk was rather uneventful (apart from Fudge playing "dog piggyback" with the dog of the last bunch of people we met).

We came home; I left "er indoors TM" feeding the fish (feeding the fish food to the dogs!) and I set off to work a little earlier than I might have done. As I drove someone called James Veitch was presenting a show on the radio about the feasibility of time travel. In the past whenever Radio Four presented anything scientifically it was usually with an air of condescension. Recently they seemed to have got out of that habit, but today they went right back to it with a vengeance. With stupid sound effects, deliberately misunderstanding the most basic of scientific concepts, treating all of science as though it was some childish joke, and time-wasting cameos from Sylvester McCoy (who kept telling us that Doctor Who is fictional), yet again the BBC threw away a golden opportunity to present something worthwhile.

I'd left home early to chase a First to Find in Bredhurst. Over brekkie I saw a new puzzle geocache had gone live there, and having read the associated puzzle I used Google Street view to determine that the puzzle was all about a sign on the side of the nearby pub. I couldn't zoom in on Google Street View enough to read the sign, but I knew what I had to do...
I got to Bredhurst, parked my car, and was rather disappointed to see that the pub was *not* a Grade One listed building and that the sign was of no help to me. So much for my great idea. But I had a little nosey around the area and by the time I'd had a good look at the bus stop, the school, the village map and gone back to my car in disgust I realised I had figured out the first part of the puzzle.
But only the first part.
After ten minutes my brain was about to explode, so I gave up and deployed a Munzee. I was just about to set off to work when I saw a pair of geo-friends who were also struggling to solve the puzzle. We banged our heads together, and within a few short minutes we had found the elusive film pot.
Go us!!
I got a geo-souvenir too. Result!!

I went on to work where I had a particularly good dinner of beef chili. Hospital food traditionally is held up as something of a joke, but I must admit I find the works canteens (both of them) to be generally extremely good.
Suitably replete I got on with the late shift. I seem to have worked a lot of weekend lately, but what with lock-down I haven't missed much by being at work, and as I looked out of the window I saw it was raining for quite a bit of the afternoon. I did miss an on-line quiz and an on-line silver wedding anniversary party today (about which I had a minor sulk), but realistically that goes with the territory when you work in a hospital.
I’ve now got three days off…