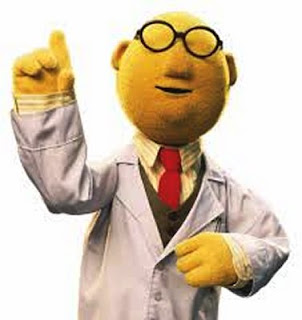 I woke up feeling full of energy and raring to go only to find it was two o’clock. I then lay awake for much of the rest of the night.
As I scoffed a bowl of granola I watched an episode of “Trailer Park Boys: The Animated Series” then peered into the Internet to see what I’d missed overnight. I hadn’t missed much really. In fact I’d missed nothing at all, so I got myself ready for work and set off.

As I drove out to Pembury the head honcho of the British Union of Pubs (or whatever it is called) was being interviewed on the radio. He had the arse because the formal re-opening of pubs in the UK has been delayed (yet again) whilst theme parks and zoos are opening next week.
The argument was made that it is easier to infection-control people swarming about outside a pub than it is to infection-control people swarming around a theme park or a zoo. It strikes me there's space to spread people out in a zoo, but the queues and rides at a theme park do squeeze the people in, and has anyone ever tried to infection-control anyone or anything in a beer garden?
It was alleged that the Prime Minister's father had something to do with it all. Did he? I don't know.

There was also talk of how the statue of Robert Milligan has been removed from the London Docks that he had built because of his connection to the slave trade. There's now talk of removing statues of Oliver Cromwell and Sir Francis Drake because their actions don't sit well with current standards.
I'm not defending the slave trade, but it happened. I'm not sure that censoring history like this is a good idea. There are already a lot of people who don't realise that the Moon landings actually happened. How long will it be before holocaust-denial will be expected rather than vilified?

The pundits on the radio then interviewed an ex-boss of OFSTED who was talking about how rather than sitting exams, children's marks will be awarded (guessed at) by their teacher based on how well they've done over the last year or so.
It was admitted that this is a less than perfect system. This chap was of the opinion that it would be guesswork at best.
If my children were at school now I would be worried. A teacher friend of mine once told me that in a class of thirty, he knows the brightest two children and the thickest two children, and all the rest are just a sea of indistinguishable faces.
Some fatuous windbag was then wheeled on who rattled about how children from black and minority ethnic backgrounds will fare badly in this system because everyone knows that society is biased against anyone who is not from a white Caucasian background, and why should teachers be any different?
Just recently there have been those who are taking every opportunity to stir up racial divisions. I wish they wouldn't.

I got to work; I did my bit. At tea break my phone beeped with a message. I'd made a silly mistake on the admin for the geo-series I was finalizing on Monday so I put that right, and it wasn't long after that when I saw that all fifty geocaches in that series had gone live.
I was pleased about that; I can now start thinking about my next geo-project.

After lunch I skived off for a few minutes to have some blood taken. I'm having the COVID-19 antibody test done (purely because I can). I wonder what the result will be.

And in closing today, it has been suggested that when at work in my laboratory coat I bear a passing resemblance to Dr Bunsen Honeydew… can’t see it myself…