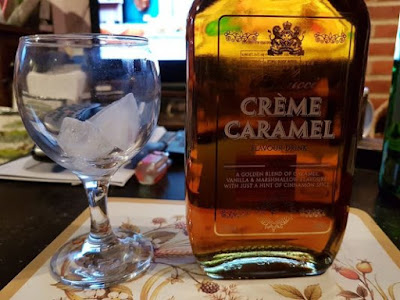 I woke in a cold sweat having had a nightmare in which I had been given the god-like power to create islands in the sea, and I was having no end of arguments because it turned out that no one actually wanted islands in their seas (ungrateful peasants!).
I wonder what sparked that off?
Having got some milk at Aldi yesterday I had a bowl of granola and watched the first episode of the second season of “Trailer Park Boys: The Animated Series”. I’d forgotten how good that show was.

I was up a tad earlier than usual, but there was absolutely nothing of note at all as I perused the Internet this morning, and seeing that the treehouse and the Skyland were bereft of bouncers (not good from a Munzee point of view) I set off to find my car.
Yesterday I captured some flat friends as I walked to my car; today I deployed one (it's another Munzee thing). As I drove to work the pundits on the radio were talking about the disappearance of Madeleine McCann. Some thirteen years after she vanished the German police now have a suspect.   This suspect, while anonymous, is apparently already in a German prison and has two previous convictions for "sexual contact with girls", according to the German police.
Whilst I do feel for the parents (who *really* haven’t had a good time of it), after thirteen years the trail must be rather cold. I can't help but wonder if anything is achieved by pursuing these historic cases; whilst justice needs to be done, don't the police have more pressing matters to deal with?

I was particularly amazed by the media's attack on Sweden today
Only a few weeks ago the pundits on the radio were holding Sweden up as a shining example of how to deal with coronageddon as they had very few cases and weren't having a lock-down. Now, not having had a lock-down, they've got the world's worst death rate (per capita) anywhere in the world.
Heroes the other day, villains today. Today's headlines wrap tomorrow's chips. Public opinion is very fickle. Is concentrating on today's ephemera and not looking at the bigger picture *really* the way to go for the media?

I got to work and did my bit. But as well as starting early, an early shift finishes early too. I came home, and "er indoors TM" and I took the dogs round the park.
I wish we hadn’t.
Pogo was the worst behaved dog ever. He has never been worse than he was today; shouting at every dog we met. I was so glad to get home… where he immediately transformed into his usual loveable self.
I had a cuppa and solved a geo-jigsaw (I *really* hate those) and completely forgot the virtual geo-meet was on this evening. Oh well… I managed to tune in just as it was ending.

"er indoors TM" boiled up a rather good curry which we scoffed whilst watching this week’s instalment of “Bake Off; The Professionals” and an episode of “Ricky & Ralf’s Very Northern Road Trip” as well. We washed dinner down with a rather good bottle of plonk and chased that with a lump of Wensleydale (about which we won’t tell the vet!)
The creme caramel liqueur for afters was definitely a mistake… But I suppose that you can’t really complain when it only cost a fiver in Aldi…
Posted by Manky Badger at 10:03 pm