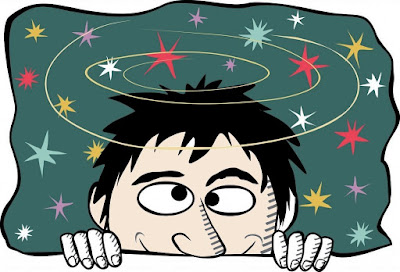 As I scoffed my brekkie I watched an episode of “F Is For Family” with Fudge sitting on my lap. I’d got the comb out, and gently but firmly raked quite a lot of moulting fur out from his back. He seemed to like it; he really loved it when he was younger, but doesn’t seem to be so keen on it these days. After a few minutes he lost interest and went back to his basket, and I had a look-see at the Internet.
Looking at Facebook it didn’t seem that many people had done very much over the weekend. There were lots of things for sale, and one or two arguments about the best places to go fishing locally, but other than that, no one had posted much in the way of photos of what they had been up to. Mind you I had over a hundred “found it” logs on geocaches I’ve hidden. A shame none of them had posted any photos to Facebook; being a nosey person I like seeing photos of what others are up to.

As I drove up the motorway this morning the pundits on the radio were interviewing the Mayor of Leicester. There has been a spike of COVID-19 there, and the Home Secretary had announced that she was threatening to put the place back into lock-down. The Mayor was asked his opinion. He said that he'd had an email from the Home Secretary at four minutes past one this morning suggesting that the lock-down restrictions which are being eased even more this weekend might remain in force in Leicester for two more weeks, but he’d been told nothing about going back into full lock-down. The Mayor said (quite rightly) that since national government clearly has his email address they might like to correspond with him directly rather than letting him find out their intentions from the radio. I think the chap had a point.
There was then talk about how the leaders of Islamic State are now referring to COVID-19 as "God's Little Soldier" as they are claiming it is scourging everywhere in the world except their bit. Really? Strange stuff, religion...

I got to work; I did what I had to do on a rather busy day. But an early start made for an early getaway.
I came home via Aldi in Aylesford as I needed to get some shopping. As I walked up to the shop, some thug in an Aldi uniform made a point of blocking up the door and not letting anyone in. He grunted something and stood there glaring at the queue which had started to form behind me. After a few minutes I commented to the woman behind me (rather loudly) that it was me who was doing Aldi a favour by shopping there; it wasn’t Aldi doing me a favour by eventually allowing me in. I said that I would take my money elsewhere and walked back to my car. Everyone else who had been queuing up walked away too.
I drove to the Aldi in Ashford where they couldn’t have been more helpful and friendly.
As I came out of the shop I saw something that amazed me. A young mother was pulling down the tailgate of her car. As she did so, her idiot child leapt up to try to head-butt it. She pulled the tailgate down rather vigorously, and caught the idiot child in mid-air. Needless to say he came down a lot faster than he jumped up. I left them both shrieking at each other and came home.