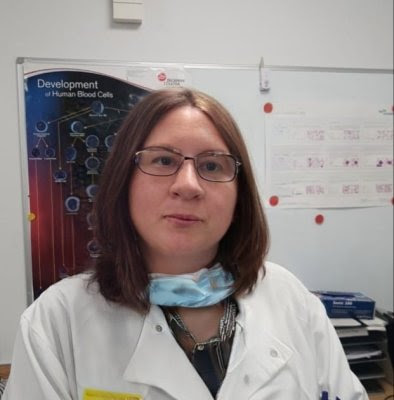 I was woken by the torrential rain rather early this morning, and lay awake listening to it for some time. Two minutes after I gave up trying to sleep and got up, so the noisy downpour stopped. I came downstairs to where Fudge was asking to go out. I thought he needed a tiddle so I let him out only to find that he thought he needed to run round the garden shouting. I'm sure the neighbours loved that at half past five this morning.
I got him in and got him settled and then the thunderstorm started. Now there was something that *did* need a small dog to shout at it.

Over a bowl of granola I watched another episode of "F Is For Family" then had a quick look at the Internet. There are some people I keep on my Facebook friends list just for their comic value and one of them was kicking off this morning.
He was ranting on Facebook about the sacking of Rebecca Long-Bailey. The leader of the Labour party has sacked Ms Long-Bailey for her supposed anti-Semitic activities. This chap I know was ranting that the leader of the Labour party had sacked her on a whim with no evidence or hearing or trial.  This chap's political opinions amaze me, and sum up all that is wrong with British (so-called) democracy. The fact that political leaders of all parties change their ministers and shadow ministers regularly and for no reason was neither here nor there; the Labour leader had done something he felt was questionable and so he was going to blow it out of all proportion. This chap shouts from the rooftops whenever the Labour party are anything less than squeaky-clean, but never says anything when the Conservatives do the exact same thing. He always has an excuse for whatever failings the Conservatives might have, and his fall-back position is that no matter how much of a cock-up that the Conservatives make of anything, it is a self-evident truth (not needing any evidence or proof) that the Labour party would do worse.
To him a political party is like a football team. You pick one (seemingly at random) and then sing their praises and vilify all others for evermore; regardless of anything that any of them actually do. He also rants about rugby in the same way; after the regular defeat of his favoured team (they are all the same to me) he maintains that had his team scored more and the opposition scored less, then his team would have won, and he somehow sees this as a victory.

I got ready for work; I put on one of the new shirts that I got in Matalan last night. It is OK I suppose, but it is billed as "slim fit". Really? How can any shirt in XXL size be a "slim fit"? XXL is way beyond "slim". The sooner Matalan start catering for the more rotund physique the better.

As I drove up the motorway the pundits on the radio were spouting their drivel. They were talking about how the health minister is threatening to bring back lock-down if there is a second wave of COVID-19. Photographs and TV footage of tens of thousands of people flocking to the beaches is making him (and many other people) worry. Will this cause a second wave of the virus? Possibly. Do we avoid this second wave by cowering inside our houses, too terrified to set foot outside ever again... That is the big question, isn't it?
There was some chap being interviewed on the radio; his job is to make vaccines. He claimed that the average vaccine takes about eight years to go from the "let's make a vaccine" stage to the "here it is" stage. So far those working on a vaccine for COVID-19 have had about four months. The chap went on to point out that some viruses seem to be particularly difficult to vaccinate against (take the common cold for example), and he intimated that there might never be a vaccine against COVID-19.
Are we *really* going to cower in our houses desperately hoping that science might come up with a vaccine some time in the next decade? Or are we just going to carry on with life and take our chances?
I don't know...

I got to work, I deployed a Munzee, and then got on with it. As I got on with it a colleague was playing with a new app on his phone. What would I look like as a woman? Pretty damn sexy as it turned out. The photo generated was rather well received, and inflamed more than one hot blooded male's passion. I saw that as something of a result. Or would have done had it been "passion" that had been inflamed rather than "un-natural desires". As the afternoon wore on I received several rather un-moral propositions.

Being on an early shift meant for an early finish. I had planned to take the dogs to Orlestone Woods after work, but it was too hot. Whilst the pavement wasn’t burning my hand, it was too hot to have my hand on it for any length of time. I came home, and after the initial excitement the dogs were all soon fast asleep. They didn’t like the hot day either.
I ran out the hose pipe and started re-filling the fish pond. A *lot* of water had evaporated from it over the last few days. Whilst it filled I played “Cookie Jam” on Facebook.
I’m playing that quite a lot at the moment…