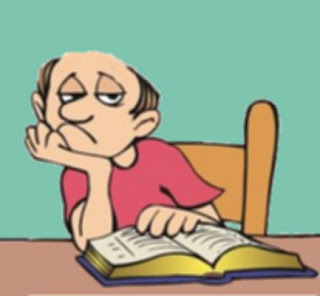 My mornings usually have some sort of a routine to them, but today started differently as I spent ten minutes clearing a pile of dog sick from the upstairs landing.
I made toast, and watched the last ever episode of “Schitts Creek”… the series started well, but like many shows it went on perhaps two or three seasons too many. Three of the four members of the main family were rather self-obsessed narcissistic shallow people who you instantly disliked; in this final season they got very much worse.
As Fudge snored I sparked up my lap-top to see what was going on in the world of cyber-space. There had been some “turn your Facebook profile black” thingy yesterday which I’d totally missed, but from what I could see, anyone of Caucasian decent who had done so had merely upset those who felt that they alone had the right to be upset by racial intolerance. It strikes me that this “Black Lives Matter” campaign is just stirring up problems where previously there were none. However I am reliably informed that the new racism is to deny that racism exists… Am I racist? I really don’t think so.

I sent out some birthday messages and checked my emails. There was one from neighbourhood watch. Neighbourhood watch has turned out to be something of a disappointment. I thought I got to be a vigilante going round squealing up all sorts of imagined infractions of the law to a disinterested police force. But instead I just get emails about burglaries in distant parts of the town where friends who are very rude about my street live.

I set off capturing flat friends as I walked down the road to my car (it's a Munzee thing). As I drove to work the pundits on the radio were interviewing the head honcho of some university or other who has made preparations for a socially distanced autumn term with distance-learning and video lectures so that the students can resume their studies safely.  There was then a couple of interviews with students who weren't interested in distance-learning and video lectures as they were irrelevant. Apparently the whole point of going to university is the student lifestyle, and as far as they were concerned if there were no bars open which were selling cheap alcohol then they might as well go and get a job. As they said, why else would anyone want to be a full-time student...
Which is exactly the reason why I was never a full-time student (and I quite like a drink!).

There was then talk of that idiot Sir Kier Starmner. Within days of becoming leader of the Labour party he effectively ended lock-down single-handedly by demanding details of the government's plans to end lock-down, and in starting the conversation about ending lock-down, so people started ending lock-down. Everyone had been quite content staying put until he opened his mouth.
Now he is having a go at the government for ending lock-down too soon, even though this is what he was advocating only a few short weeks ago.
Yet again the Labour party chose a twit to lead them to ensure that they can freely criticise the way the country is being run whilst never having the responsibility of taking the big decisions themselves.

I got to work, I did my bit. I came home via Aldi which was swarming with normal people and I completely forgot to look at the tat aisle.
And that was the highlight of today – going to Aldi… rather dull, really…