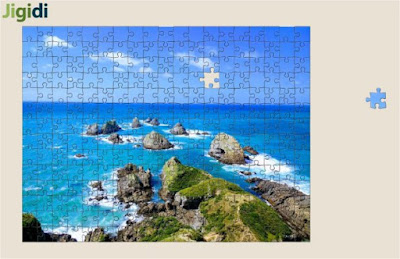 After a rather restless night I watched an episode of “F is for Family” which was so-so, then sparked up my lap-top for a rummage round the Internet to see what I’d missed overnight.
I hadn’t missed much, but one chap on one of the Lego Facebook groups was suggesting a novel idea. He wondered if people might lend out their Lego sets to others to build, but for some reason he wanted people to send the things to him already made. Was that so he could claim he had built that which he hadn’t? I didn’t get involved with that one.
I spent five minutes on a geo-jigsaw puzzle (nearly three hours wasted on that jig-saw so far…) then got ready for work.

The roads were rather busy this morning. As I came home from the late shift last night I couldn't have seen more than a dozen or so cars coming back the other way; it was a different story this morning.
As I drove to work the pundits on the radio were talking about how the Bank of England has issued an apology for how some of its directors had been involved in the slave trade some three hundred years ago. There is talk of removing all pictures, images or mention of any of the directors who made their money that way.
This winds me up. I'm in no way supporting the slave trade, or making a case for it, but the slave trade happened, and no one alive today can possibly be held responsible for something that took place three hundred years ago.  Surely it is better to recognise what happened and be aware of it and learn from the mistakes of history, rather than trying to pretend it never happened?

There was also an interview with one of the leading lights of the Labour party who has co-authored a report into why the Labour party did so badly at last year's elections. It can be no surprise to anyone that being led by an unelectable looney whilst making utterly undeliverable promises wasn't a vote winner.
While their election strategy worked in that they have successfully avoided the responsibility that comes with being in government,  it would seem that they have realised that they've got to be *slightly* less crap if they aren't going to disappear into obscurity at the next election. Having finally worked out that they have lost the support of thousands of life-long  lefties (ahem!), they have decided to do something to try to get back their traditional voters, or they will soon be playing second fiddle to the tree-huggers and the shouty-racists in the corridors of power

Some bishop was wheeled on to drivel inanely for a couple of minutes in the "Thought For The Day" bit. He mentioned that our old friend science reckons there may well be about thirty-six other planets with intelligent life in our galaxy.
This isn't news - back in the day I lectured about this several times. There are all sorts of starting assumptions that you can make which will affect the final estimate of alien numbers, but thirty-six isn't an unreasonable estimate.
Having given a vague and confused outline of how the number was arrived at, the bishop then claimed this was yet another self-evident proof of how wonderful his particular brand of superstition was.

Just as I pulled into the works car park I suddenly (and for no apparent reason) was gripped with a sudden urge to emigrate to Australia. I have no idea what prompted that, but I then spent much of the rest of the day thinking "what if"... even though it only took ten seconds on Google to see that the Australians wouldn't have me because I am too old...

I did my bit; I came home. We took the dogs round the park for a walk. When we saw potential disaster we were able to capture Fudge and Pogo and put them on their leads. But Treacle was too fast and made a bee-line for the picnic. You have to wonder what kind of half-wit feeds half their picnic to a passing dog before the dog’s supervisor can intervene. I was rather short with the picnic-ers… I suppose they thought they were being kind in feeding the dog. When I saw the chocolate and the pickled onions I got rather excited. They had no idea that those are poisonous to dogs.

"er indoors TM" went to Asda and I carried on geo-jigsaw puzzling. After three hours I’d solved the jigsaw and then had absolutely no idea at all of how to proceed...
Eventually inspiration came (via Facebook messenger)… Oh how I laughed when I thought of what fun I’d had doing that jigsaw puzzle…