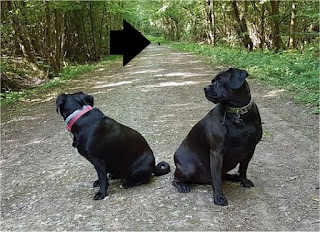 There was an interesting question on the all-new Geocaching in Kent Facebook group last night. One of the old hands is doing some on-line discussion thingy about public perception of COVID-19 and wanted to know whether people would be happy using the government’s track and trace app when it is launched.
Bearing in mind that Facebook tells you how many people had read any post, less than twenty per cent of people who had seen it had bothered giving a response. Of those that did, three quarters were happy to be tracked and traced.
Personally I don’t have an issue with it. Anyone who reads this drivel or sees my Facebook feed will know that my life is an open book. Whilst I suppose that people do have the right not to be tracked and traced, I can’t help but wonder what these people have in their lives that they want to hide. Particularly those posting on a geocaching-related page which is a hobby all about openly and publicly recording your movements.
But even if you don’t indulge in GPS-related hobbies, Google is already tracking pretty much anyone with a Google account and a mobile phone. Have you ever wondered where you’ve been? Log into your Google account and call up Google Maps. Click on the “more” button (three horizontal lines) on the top left corner, then click on “your timeline” and use the calendar to view a particular day.
Or Google a local business or tourist attraction and Google will tell you when you were last there.
I was rather amazed when I discovered this.
Having said that, the tracking isn’t perfect. Take yesterday for example – Google Maps thinks I was at the goat sanctuary at one point. I wasn’t, but I was within a few hundred yards of the place. And that near miss was streets ahead of its attempt of August 4th last year when it thought I was at Southern Microscopes in Dumfries when I was actually wandering around Loose.

I had a message this morning. What did I think…? When you go hunting Tupperware the golden rule is that you sign your name on the paper log inside the thing. All else is immaterial, and not signing the paper log is grounds for having your on-line log deleted (and your tally reduced – fighting talk indeed!).
Some people go hunting Tupperware in teams; that is understood and allowed. We do it, and sign as a team when we go. But we sign. The signature is all-important.
But what about the team (lets call them) “Fish and Chips”. Yesterday a friend was out caching. He saw the names “Fish and Chips” written on several paper logs, but when he caught up with those hunting Tupperware in front of him he only met “Chips”. “Fish” was nowhere to be seen. And this isn’t the first time this has happened. I’ve seen Chips” out on his own before with “Fish” not there, but “Fish and Chips” written on the paper logs. And with the name on the paper, the on-line claim can then be made Clearly “Fish” has the opportunity to be claiming when he shouldn’t. The burning question is does he do so?
Does it matter? In the grand scheme of things it is incredibly petty and trivial, but your geocaching profile has a number on it – how many film pots you’ve fund under rocks. The higher that score the more regarded you are by those who respect that sort of thing. “Fish” has a score over three times mine. (And I’m doing well -I’m in the top three hundred).
But I suppose they are only cheating themselves… not my circus, not my monkey…

With a little time on my hands I took the dogs down to Orlestone Woods. As I drove the pundits on the radio were interviewing the business secretary. I have no idea what he was saying; he was being constantly interrupted by some alarm on his phone. If I was being interviewed live on national radio I’d put my phone on silent before I started.
We had a good walk; as we walked we saw a black squirrel. I’ve seen grey ones before. I’ve seen red ones occasionally. But black? That was a new one to me.
We only had one “episode” today. We walked past one dog quite nicely (having seen that one coming from a hundred yards away), but Pogo kicked off when another jumped out at him seemingly appearing out of thin air. I’ll let him have that one.

We came home; I put laundry in to scrub, got a bumper harvest of dog turds from the lawn (despite having cleared them all yesterday evening), and went round with the lawn mower. It was a shame that Fudge wanted to sleep in the very bit I was just about to mow. And despite my moving him out of the way, he just kept coming back into the way. Time and time again.
I chased the bank to see where my credit card statement had got to – that wasted half an hour.

Bearing in mind that Matalan was open I thought I might get myself a couple of new shirts on the way to work. I arrived in their car park to see a couple of members of their staff (in high-vis jackets and hazmat gear) organising members of the public into an orderly (and socially distanced) queue and bossing them about. My time is precious, and I am getting sick and tired of being told (in a very patronising manner) that which is screamingly obvious, so I turned my car around and set off to work. I shall order some shirts on-line later, and let's not anyone be surprised when the Ashford branch of Matalan goes bust.

I got to work; I did my bit. As I worked my phone beeped. Regular readers of this drivel may recall that last week I was the first one to find a particular geocache… I say “geocache” today – last Friday I was rather more accurate when I called it a soy sauce container which had been drop-kicked into a hedge. The leader of the guides who hid it has got the hump and has deleted my log. She has (somewhat patronisingly) given me her regal permission to re-log if I lie and pretend the thing was marvellous. She also claims to be an experienced geocacher herself and admits that the hide might have been less than perfect. It took thirty seconds to find out who she is… she’s logged hardly anything cache-wise this year so clearly is rather out of practice at the game.

I’ve referred it all to Geo-HQ in Seattle. They can sort it out.