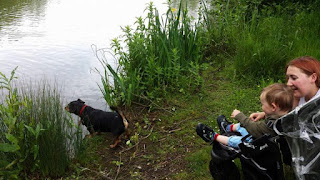 I slept reasonably well. However my nasal polyps seem to have returned. Despite its best efforts my CPAP machine can't blow air into my nose if it is completely blocked. It is only eighteen months since I had that nasal re-bore. (One of the advantages of having a diary is that I can look back in history)
Perhaps I should go back to the doctor and ask for another?
Whilst I was rummaging in the archives over brekkie I saw that it is two years to the day since I last saw my old mucker Tim. I worked with him for twenty five years until he retired. He used to be a regular at the astro club. wonder how he is these days?
I also saw that three years ago today was the meeting of the astro club committee at which it was first suggested (by me!) that we might build an observatory. At the time there was all sorts of ideas and plans being bandied about. My initial idea was that we did some fund-raising; for a hundred thousand pounds we could have bought a small plot on Romney Marsh and have it done up to our specifications. This sounds like a lot of money, but scout groups raise this sort of amount for scout huts all the time. And I've been part of a group which fund-raised to raise thousands of pounds to take scouts to Canada. Twice.
The observatory project started well; we had all sorts of offers of help, moral, physical and financial. We were even offered thirty thousand quid for a spanking new telescope. It was suggested that we inform the council of our plans... and that is where it all went wrong. The council hijacked the plans and now use them as an agenda item for endless meetings. The actual idea itself (my idea!) now lies moribund.
Such a shame. Had we not involved the council, the thing would be well on the way to completion. It could have been something really good.

Being up early I had some time on my hands so I went outside and mowed the lawn. Such a futile task; unless mowed weekly it just reverts to being a jungle. I also trimmed back next door's clematis. For all that he asked me to formally complain about the tree two doors down the road he's done nothiing about sorting his own garden.

I popped the lead onto "Furry Face TM" and we met up with "Daddies Little Angel TM" and "Stormageddon - Bringer of Destruction TM". We went for a little walk. We headed to the park where a mother and toddler group were doing open air gymnastics. We came by the river where we met OrangeHead and her gang. Chunky Little Friend's dog seems to be on the mend
My dog nearly caught a rat at Singleton Lake, both "Furry Face TM" and Sid scared the normal people at the environment centre.
We found a new playpark at the back of Singleton. Jake played with the sand diggers and had goes on the swings. I went up the climbing frame.
We were all rather worn out by the time we got home.

I had a quick sandwich for lunch then drove down to Rolvenden to the aquatic shop. The pond filter isn't doing its job. I had this idea to replace it with an all-singing-all-dancing new filter. I had intended to do that in the autumn of 2011 but my finances took a turn for the worse just then. I spoke to the chap in the shop; what I thought might do the trick turns out to be not what I need. He suggesteed either replacing the gubbins inside the exisiting filter or replacing it with a new one of the same model. They were out of stock of what he had in mind so I said I might come back in a day or so.
Whilst I was there I popped to the cafe next door. I fancied an ice cream. I'd not been to Lilly's cafe before. I shan't go again; it was rather scary.
I stopped off at Tesco on the way home to see f I could get anything to shrink these naasal polyps. The pharmacist didn't actually say "get knotted" but he certainly wasn't very helpful.

Once home I cleaned ot the existing pond filter; it was rather grungy. I thought about fixing it up but over the years the thing has rather bent out of shape and the lugs for getting to the UV light are rather worn. It needs to be replaced.
New ones have a tap for emptying out at cleaning time too.

"er indoors TM" came home, boiled up a rather good bit of scoff then went bowling. It was a clear evening; I could have driven down to Folkestone and got the telescope out with Stevey. If I'd had more than an hour or so's notice I might have done so.
But instead I setled down in front of the telly. If Ihave a good sleep through Game of Thrones I shall be awake for Gotham later...