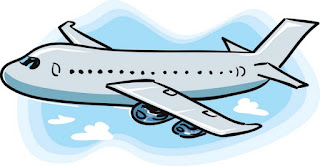 Usually when I have brekkie "Furry Face TM" is either asleep (as he was today), doing his own thing, or curled up quietly next to me. Rolo was entirely different; he spent the entire time demanding fusses and attention. I suuppose he is young, but he is a very over-active little pup.
I had a look-see on-line. Not much had changed overnight really. I put up an advert to the astro club's membership about next weekeend's stall at the Shadoxhurst dog show. Despite a shaky start for the club's stall, the dog show has become a regular fixture in the astro-calendar. However it worries me somewhat that over the years the regular fixtures for an astronomical society have become things like the local dog show whilst (despite my best efforts) that we've never actually organised anything for an eclipse or a transit or a meteor shower. However the club has a new committee and we shall see. All we need now is an eclipse or a transit or a meteor shower.

I spent five minutes brushing the dog hair out of my car, then drove round to "My Boy TM". His tribe were off on their holiday and I's agreed to chauffeur them to the airport. We set off; three counties later we arrived. The drop-off was rather busy and rushed, and pausing only briefly for a geo-church-micro we were soon home again.
Some geo-friends were in the garden trying to open the huge geocache. We chatted for a bit, and brought the dogs out to say hello. Robbie picked up Rolo who promply tiddled down him. Rather embarrassing.

I had a rather good bit of cheese on toast for dinner then experimented with RSS feeds for the astro club. I've got something working; rather basic at the moment. Rather basic, but it will do for now bearing in mind I doubt anyone will ever actually look at it.

I spent much of the afternoon in bed, and I'm off to the night shift now.....