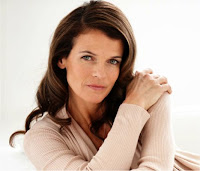 I was worn out when I took myself off to bed last night. However I was stil wide awake at 5am this morning. Over brekkie I watched last night's episode of "Game of Thrones". Despite a marked shortage of anything being flopped out it was rather good. However I watched it with very much a sense of "WTF is going on?" I *really* need to watch the entire lot again from the beginning (in quick succession) so I can find out just "WTF was going on".

And talking of "WTF is going on?", as I drove to work the pundits on the radio were asking that very question of the prominent Labour MEP Richard Corbett and the Conservative Chancellor of the Exchequer George Osborne. Both made the same (rather valid) point. Last week the country voted to either remain in the EU or to leave the EU. In retrospect this question was rather simplistic. Had the "remain" side won then we would probably still have had all the nastiness we've had, but the country would have carried on pretty much the same.
However leaving the EU means radical change. Various flavours of change had been offered by two independent leave sides in the run-up to the vote. It is now becoming clear that many of the proposals offered by the "leave" sides were actually mutually contradictory. The savings made be leaving the EU can only be spent once; not multiple times. And Britain can either remain part of the European trading bloc (and have to accept all the associated rules) or it can leave. It can't do both. And no one seems to be brave enough to even mention the whole sorry topic of immigration.
It was made quite clear that until a new Prime Minister is appointed the only certainty is uncertainty.
Much hated Minister for Health Jeremy Hunt (and now a wannabe Prime Minister) has even proposed a second EU referendum in which the country will decide exactly what we do want having left the EU, and was talking about not actually leaving for another four years.

I got to work and had a rather busy day. I didn't like that very much. Mind you in between working we all found our our stripper names. Apparently your stripper name is the colour of your undercrackers followed by the last thing you ate. I was "blue biscuit". However the winner was undeniably the "black sausage" with "grey cheese sandwich" as runner up (for no reason I could fathom).

During the afternoon tea break the famous tennis player Annabel Croft was on the telly beiing interviewed about tennis (obviously!). During the late 1980s she was on telly all the time, and (quite frankly) made the thing worth watching.
Bearing in mind she's only two years younger than me I think it fair to say the years have been far kinder to her than they have to me....