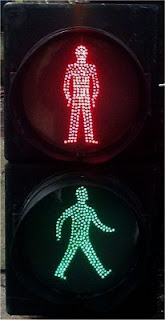 Unlike the previous few nights I had something of a restless night last night and was up at 5.30am and watching "This is England 90" which the SkyPlus box had recorded for me. One of the characters looked incredibly familiar... one of my pet peeves is when people are watching the telly and are more interested in recounting what shows certain actors have been in rather than watching the show which is currently on the telly. I found myself doing that this morning, and actually stopped the playback to have a look on the Internet. "Kel" was actually "Katie" in "Trollied". I thought she looked familiar.
I finished watching the show, and then had a look-see on-line. The Euro-in-out debate continues, and I'm getting a llittle sick of it. It doesn't take much effort to realise that there are no hard and fast answers for whether we are better in or out. And how do we judge what constitutes "better"?
However here's a list of the wars that England got involved in up to the act of union, and here's a list of wars fought after. As you'll see we've fought with our European neighbours an awful lot up till recently. The last couple of generations of Kent and Sussex men are probably the first that haven't looked across the English Channel wondering when they will be ordered to fight a war which is realistically nothing to do with them.

Eventually I realised that I couldn't spend the day sitting on the sofa with my dog, and set off to work. (Mind you as time goes by I am feeling more and more that I can't be arsed to get up off that sofa in the mornings)
As I drove to work the pundits on the radio were interviewing the blind paralympian Simon Goodall. The chap was campaigning against Reading council's decision to remove the traffic lights which allow pedestrians to cross the city's streets. Apparently this has made much of the town a no-go area for the blind and partially sighted. Surely it makes sense to help these people cross the road safely? The pundits also interviewed some idiot from that council who was spouting some frankly stupid idea that traffic lights were bad. Apparently motorists don't like being controlled and removing traffic lights makes them happier. This twit went on to say that the more restrictions that are removed from the roads the better. Personally I would have though that anarchy on the roads was a bad idea, but what do I know?

I got to work and did that which I couldn't avoid until the earliest time at which I could reasonably get away. I was nearly involved in aa car crash as I drove home. There is a crossroads on the A28; traffic on the A28 has priority, traffic from Wye and Boughton Aluph are supposed to stop. Some silly woman was heading from Wye towards Bougton Aluph and didn't stop. She didn't even slow down. I did an emergency stop and missed her by inches. Silly cow !!

Once home I took "Furry Face TM" round the park. As we walked I watched a small boy putting a flimsy branch across a ditch. He tried to use it as a bridge and when he was half way across the branch snapped and he fell into the ditch. He was standing knee-deep in muddy stagnant filth when he pulled out his mobile phone and announced "Code Red". I thought about offering help but he seemed more keen to be declaring a Code Red" than he was on getting out of the gunge, so I left him to it.

Being Tuesday the clans gathered. Tonight we watched Supergirl. I can think of worse things to watch...