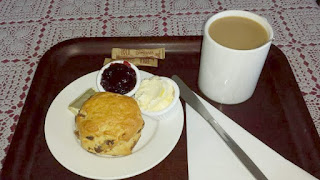 I slept reasoonably well. I wish I could sleep better and longer though. I spend most of my lunch hours dozing over my Kindle app. Perhaps I might be better going to my car at lunch time and having an hour's sleep. Perhaps two shorter sleeps a day might suit me?
I got up taking care to let a sleeping dog liie and over brekkie ahd a look-see on-line. Nothing much had changed since I last looked. LinkedIn were trying to chum me up with people I don't know. I'm told it's called "networking". I've seen this "networking" before- I don't understand it. People act naturally when out and about socialising but put on a show transparently pretending to be something they are not when "networking". LinkedIn were also trying to get me to apply to join the navy, and Amazon were suggesting I buy e-books I'd already bought from them.
There was something which caught me eye; a recommendation for songs to which you should listen when you are sad based on your zodiac sign. Usually I treat all this astrology stuff as a load of crystal balls but I thought I'd give it a go. (Us Pisceans do that) My recommendation was "Linger" by the Cranberries. i thought it was a rather irritating dirge, which really proves what I've always saiid about astrology.

I took "Furry Face TM" for his (and my) morning walk. We went round the park. Once off the lead my little dog immediately acquired an audience of admiring small girls. You should have heard the squeals of delight and disgust (in equal amounts) when he stopped and did a poop. The children watched in absolute fascination as I picked it up.
A little later we met another Jack Russell. Both dogs ran about playing chase until a third Jack Russell arrived. The woman with this dog could see us from several hundred yards away and made a point of coming past (with her dog on a short lead) and shrieking when her dog was straining at the lead wanting to play with the others.
If she doesn't want her dog to associate with other dogs why not walk the other way? The park is big enough.

Today was a geo-calendar day. Yesterday a new puzzle cache had gone live in Badlesmere. It was still unfound this morning so (having blagged the puzzle at home) I drove off in hope of an FTF. As I drove I was tail-ended all the way by a van from Southern Water. I can understand (to a degree) people driving like idiots in their own cars, but why do so when you've got your firm's name emblazoned all over your vehicle?

I found the cache; but I wasn't the first one there. I'd missed that by a couple of hours. So I went back to the car and headed in the general direction of work.
I stopped off at the new aquatic centre in Challock. I got talking to the people in the shop about pond filters, but they didn't have what I needed. It was only when I was five miles down the road that I remembered I needed fountain pumps for the water features too.

I had some time on my hands so I pulled in to Badger's Hill Farm and treated myself to a cream tea. Very nice. I got chatting to the nice lady there - the place has a petting zoo. I may well go back with "Daddies Little Angel TM" and "Stormageddon - Bringer of Destruction TM"

And so onward to Canterbury where I filled the car with petrol and got stuck in a traffic jam. And as is so often the way when on the late shift my day was pretty much over by 11.30am...