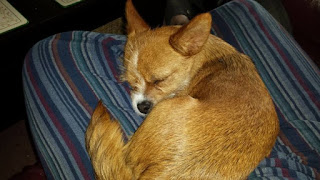 I could have taken a circuitous route to work last night for geo-reasons. I could have gone chasing a First to Find. The thing had gone live at 9am yesterday morning, and when I left home at 6pm yesterday evening it was still unlogged. I decided against going after it and instead went straight to work. It was as well that I did; at 10pm someone finally logged that they had found it at 5pm... Why wait so long?

Work was somewhat odd... the lab in which I work has quite a few windows. And for all that today is the longest day of the year, last night was the shortest night. It didn't get dark outside until past 10pm, and dawn was breaking before 4am. Consequently the early part of the evening dragged, and it felt as though the day staff took an age to get in.

As I worked the radio spewed its usual brand of drivel. Having said that, one article amazed me. It is traditional to despair for the younger generation. It always has been. I can remember being told by my Latin teacher that this was nothing new - Pliny wasn't impressed by the youngsters he saw, and that was two thousand years ago.
But things *really* have changed. The youth of today are behaving themselves. Teenage pregnancies and crime rates are falling rapidly. More and more people in their early twenties are teetotal, and very few smoke. Truancy from school is at an all-time low.

The pundits on the radio were considering why this might be. All sots of reasons were given, but for myself I don't really care why. It is good enough that things are looking up. When the time comes (and it won't be *that* long) I can croak without having to worry (too much) about the state of the world that my grandchildren are inheriting.

I did my bit, and came home once the day shift had rolled up. I had arranged to go for a walk with "Daddies Little Angel TM" and "Stormageddon - Bringer of Destruction TM" but the heavy rain put paid to that idea. Instead I took myself off to bed for the morning. Much as I do like the night work, it it tiring.

I slept till mid day. I would have slept more but I forgot to turn the house phone off, and someone from Mumbai phoned ostensibly to have a friendly chat. I told them to piss off, had a spot of lunch, and on seeing the rain had stopped took the dogs round the park for a walk.
The walk itself was uneventful, but I do find Rolo to be hard work when he is on his lead.

Once home I set the washing machine loose on my undercrackers then spent the rest of the afternoon reprogramming one of my Wherigos. Some time ago I offered my Wherigos to the national week-long geo-meet which is happening in North Wales this summer. After a few hours work I got one done for them. I emailed it through and it immediately bounced back. As did all other messages to that email address.
But the two night shifts had taken their toll. I sat in front of the telly and woke up three hours later with Rolo fast asleep on top of me.

"er indoors TM" brought some curry homee for tea. A bottle of wine, "Tattoo Fixers" on the telly... can't be bad...