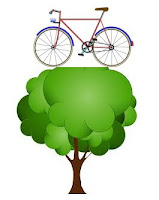 My alarm woke me this morning. That rarely happens. I got up and for all that "er indoors TM" and "Furry Face TM" were snoring, little Rolo was raring to go. He didn't seem at all bothered by the torrential rain outside, and after five minutes I had to go out to fetch him in. It was only when I went out that he actually started doing that for which I'd sent him out. He'd just been playing in the rain.

Over brekkie I watched the episode of "Dad's Army" that the SkyPlus box had recorded last weekend. It kept me amused for half an hour. I then sparked up my lap-top and was rather disappointed to find that the email I'd sent trying to win a dirty weekend in Wiltshire had bounced back. I sent another email from a different email account, and that bounced back too. Oh well, I doubt my back would have been up to the stresses of a dirty weekend in Wiltshire anyway.

I then made my way to work. As I drove the radio made the announcement that most gay people are still afraid to tell anyone that they are gay. Is our society still so intolerant?

I got to work where there was a slight kerfuffle. "Luscious Luke" (as he calls himself) had been harangued on his way to work by a gaggle of children who had got a bicycle stuck up a tree. It never occurred to Luke to ask exactly how these children got the bike stuck up a tree, nor why they expected him to retrieve it for them. But he spent ten minutes getting it out for them, and then spent a little while regaling us with the story.
Had I been the one asked for help I would have taken a photo or two...

And that was my day.. but I shall still have a little rant. Today was the euro-referendum. Some voted in, some voted out. We'll know if the right choice was made tomorrow. But in the meantime there is uproar about pencils being used in polling stations. Apparently using a pencil makes it easier for MI5 to change the votes which have been cast.... (takes a deep breath)

Now I have no idea which utterly brain-dead retard first came up with this pathetically ridiculous notion, but it worries me just how seriously such half-witted rubbish has gained popular acceptance. Just think it through. Take Dover for example - purely because it was the first one that came up on a Google search. There are over fifty polling stations in Dover. Each one with (at least) two members of staff on duty. So if there is shenanigans at that point there would be a lot of people in the know. A lot of peoople to be bribed to keep quiet; surely too many to bump off without things looking susspicious.

Each station will (when polling closes) have the ballot boxes sealed before collection, and inspected on arrival at the counting centre. This would (in my opinion) be the best time for MI5 to nobble the ballot but there is a rather stringent process in place to specifically avoid such nobbling.
And again with so many boxes being collected there would be a lot of people in the know. A lot of peoople to be bribed to keep quiet; surely too many to bump off without things looking susspicious.

As for the counting, it is done in the open under the supervision of accredited observers of both sides. It would be difficult to maintain the secrecy of anyone fiddling the result there.
And that's just Dover. The process is repeated all over the country. Just how many peoople would have to be in on this to actually affect the outcome of the result? And if vote-rigging actually was going on, just how likely is it that not one person wouldn't let something slip? Does anyone *seriously* think that enough people could secretly be in on a vote-rigging scheme that would actually swing the result?

But *loads* of people have been expressing concern about pencils in polling stations. For myself I'm used to it. after all I've been voting for over thirty years.
It strikes me that there can be only two reasons for anyone to find voting by pencil surprising. Either they've not voted before... or...