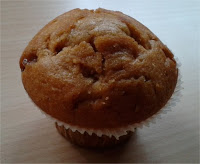 Up with the lark and bearing in mind the old maxim, I let my sleeping dog lie. Over a spot of brekkie I watched the antics of Blake and his four on DVD. He's only got four henchmen now. One croaked whilst doing battle with space baddies. I would have though that would have been an object lesson in life - don't do battle with space baddies. But Blake doesn't seem to have learned anything from the sad demise of poor Olag Gan (A.K.A. "Meat Shield #5") and he was having a set-to with some sort of intergalactic lizard thing today. Sooner him than me. Meanwhile the evil space baddies which did for the one who croaked were at each others throats.
Today's episode was rather poor. Having the main protagonists behaving at odds with their established personalities doesn't make for believable viewing. Two characters who were once best of buddies could now conspiring against each other because of their duplicitous nature. Or they could be given decent scriptwriting. This morning's episode merely had pretty much everyone acting towards each other in a completely different way to how they were doing so in the last episode. It didn't make for plausible viewing and so today's episode didn't really work; which was a shame.

As I got into my car I saw Martin heading off up the road. It was 6.50am. He does seem to love his early starts on a Saturday.
Regular readers of this drivel may recall that I looked for a multi-geocache on my way to work on Thursday. Looked, but didn't find it. Today I went back and had a proper look. After ten minutes I found the first part of that multi-cache. I was a little confused about the directions given; it seemed to be sending me to one of two points, both of which were within a few yards of each other, but neither were especially close. I tried both locations. I'm pretty sure I was in the right place because there was a wonderful viewpoint nearby. It's the sort of place where people put caches. But I didn't find it. On reflection I have a sneaking suspicion that I know where I went wrong. If I am up early enough tomorrow morning I shall go back.
Mind you I did find the cache which was hidden by the nearby pond so the expedition wasn't entirely wasted.

As I drove to work I listened to the radio. Regular readers of this drivel may recall that a while ago I mentioned the fracking for gas that is going on in Sussex.
I had a wry smile as I listened to the advocates for and against fracking who were expounding their viewpoints on the radio today. Both sides claimed to be representing the majority view.
I can't pretend that I know whether there are more of the public who are in favour of fracking or who are against it. However reading various postings on social media from friends and relatives who live near the fracking site, I think it's fair to say that the opinion of those being fracked (!) is that they hold the protestors in very  low regard. I am informed by these locals that environmental protestors come in two forms; unwashed workshy layabouts funded by dole handouts, and vastly overpaid celebrities who are posturing for the publicity. I'm sure that neither description is in any way fair. I'm sure that everyone who is protesting about the fracking is doing so for valid and heartfelt reasons. Mind you from what I have seen on social media I am also sure that the protestors are not getting their message across.

And so to work. I did my bit. I don't really mind working at the weekends. In fact I actually prefer working at the weekends to working during the week. With a skeleton staff I get far more variety in my daily round. And being a weekend I get more of a bung for showing up. It's just that when I am working the weekend I find I do miss out. Today I could have been at the monthly conglomeration of Kent's geocachers for a meeting which looked to be great fun. And then I could have gone on to visit the first fruit of my loin who was staging a barbecue in the garden. Or I could have gone to the theatre with friends to see the Rocky Horror Picture Show.
Instead I found myself spending much of the day looking out of the window fretting about what might have been. I probably do that too much.
Mind you when the rain started in the late afternoon I did wonder if I had been in the best place today. And then my colleague didn't want the toffee muffin she'd brought in for her evening meal. In a fit of feeling rather public spirited I ate it for her...
Posted by Manky Badger at 5:45 am