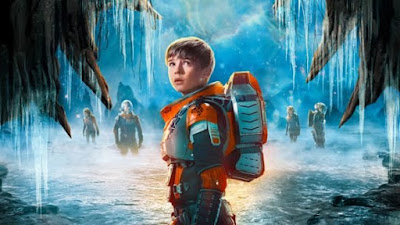 I slept through until after eight o’clock this morning; something of a result. I made toast and peered into the Internet as I do. Pretty much nothing had happened on Facebook, and I didn’t have any emails that I didn’t immediately delete, but Prince Harry was in the news. He’s apparently decided to effectively jack in being a Royal. According to the BBC he’s said that he and his family intend "to step back as 'senior' members of the Royal Family, and work to become financially independent". I suppose he’s looking to the future; with his brother now having three children of his own, and the future King openly wanting to scale down the number of people being “professional Royals” he’s probably wise to jump before he’s pushed.

I got the dogs organised and we set off for Orlestone Woods… Or that was the plan. I’m not quite sure what happened, but we walked right past my car and we were well into our usual circuit of the park before I realised my mistake. Mind you we had a relatively good walk; the rain kept most of the normal people inside; we weren’t bothered by anyone, and we didn’t bother anyone.
With walk walked we came home, and I put away all the towels. I’d set the bathroom ready to deal with four seriously muddy dogs (expecting we’d be walking in the woods) but we weren’t that grubby at all. Just a bit damp.

I set the washing machine loose on some shirts, and I then ironed them. Ironing is always fraught; Fudge is frightened of the ironing board. Whenever I iron he glowers at the ironing board with fear and suspicion from the safety of his basket.
As I ironed I watched the last two episodes of the current season of “Lost in Space”. The first season was rather good; the second not so. With major plot inconsistencies and characters acting totally against established behaviours and random things happening for no adequately explored reasons the show was a bit pants. I got the impression that an awful lot that was in the writer’s minds never made it to the screen, and (like the Harry Potter films) you really needed to be told what was going on for any of it to make any sense.

Despite having popped up the shop to get a sandwich, I completely forgot to eat it (Something of a theme for the day?) and went to bed for the afternoon. I slept reasonably well; the dogs only kicked off once.
After a couple of hours I got up, and did something which happens only rarely; I sorted my letter rack. Despite getting my statements on-line, the bank persists in sending paper copies. I wish they wouldn’t. I found letters about hospital appointments from months (if not years) ago and quite a few of last year’s utility bills.
Amazingly I found a survey about GP services from only a couple of days ago. I wasted ten minutes completing that on-line.

"er indoors TM" should be home soon. Here’s hoping she’ll boil up some dinner and then I’m off to the night shift… The day before a night shift is always so dull…