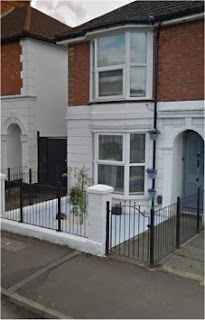 As I drove home from the night shift the pundits on the radio were interviewing one of the candidates for the upcoming election for the position of leader of the Labour party. Lisa Nandy would seem to be a consummate politician as she spoke eloquently and forcefully for some time without actually saying anything at all.

Once home I got the dogs onto their leads. I did have a vague idea to go up to Kings Wood again, but today there was no frost. With the frost yesterday the mud was frozen. With no frost today the place would have been a swamp.
We went round the park instead where we only had one “episode”. Some jogger came past, but rather than jogging, the fellow was running sideways whilst flapping his arms up and down and puffing like a steam engine at full thrust. He frightened me; he terrified the dogs.

With walk done I went to bed where I slept for a while until the dogs had a barking fit at the postman. I then slept a little longer until nice-next-door went out crashing their gate as they went (they have got the noisiest gate in the world!!). I dozed off again only to have someone phone me up to try to sell me something or other.
I eventually gave up trying to sleep and got up just after mid-day. I had a humungous bowl of granola for lunch in a shallow attempt to convince myself I was doing healthy eating, then watched episodes of Schits Creek whilst doing the ironing and wondering about next door…

We've not had much luck with our neighbours since we moved into our current house in the autumn of 1991. When we moved in we had a rather vicious nasty woman and her hen-pecked weasel of a husband in the house next door (going down the road from us). This was years before the bypass had been built, and (being obsessed with peace and quiet) they were constantly angry that they had moved on to what was then the busiest street in the town. They also never forgave us for moving into the house where their friends had once lived, and they made no secret of the fact that they despised children in general and ours in particular. I can distinctly remember having to pretend to reprimand  "Daddy’s Little Angel TM" and "My Boy TM" (aged about six and seven at the time) for standing in the back garden loudly singing (to the tune of the Australian soap opera “Neighbours”) “Neighbours… we hate the f… ing neighbours”.
After years of her constantly complaining about trivia they finally moved out and were replaced with an odd pair who I often refer to as “not-so-nice-next-door”. I honestly believe he is clinically insane; she looks at me like I am the sh*t on her shoe. Neither have hardly said a word to us since I had a solicitor write to them over ten years ago when they didn’t seem to realise that I don’t need their permission to lead my own life.
He hasn't been seen for over two years, and I am wondering what is going on. I suspect he might be in a secure mental unit, but I could be wrong. I've asked the police about him; they assure me he is still alive but refuse to tell me where he is.

The house going up the road from us is a different matter. No one ever stays there for any length of time. Over the years, as well as the house being empty for over a year (twice) there has been in residence:


This house is now up for rent as the current incumbents are moving to take on a pub. When they moved in I told them that they wouldn't last. They assured me they were there for keeps, but eighteen months later and they are going. There is something about that house; no one lasts more than two years in there. Mind you, I wouldn't want to live next door to me.
And now we get new neighbours again. I wonder who we will get this time... and how long they will last?
I was amazed to see that they are asking for nine hundred pounds per month rental for the house, and that doesn't include ongoing bills. Nine hundred quid - I've half a mind to move out and rent out our house!!

The night shift is taking its toll – I think an early night is in order…
Posted by Manky Badger at 5:33 pm