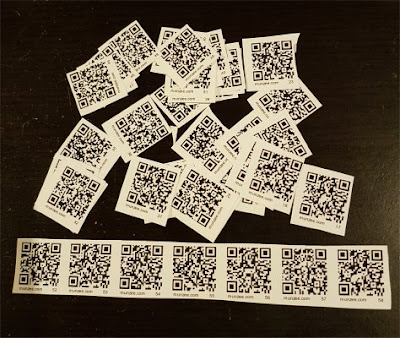 I slept like a log; the alarm woke me for once. In a novel break with tradition I scoffed granola for brekkie. There’s no crusts of that for Fudge, but just lately he’s been sleeping in the early mornings anyway.
As I scoffed I watched another episode of “Flowers” which (despite an appearance of “Fat Matilda”) has stopped being a comedy and is now just weird.

With nothing having happened overnight on Facebook, and no emails worth having, I took care to let sleeping dogs lie (literally) as I got dressed then set off to work. As I drove the pundits on the radio were interviewing some idiot who was banging on about how public holidays are wasted on the Great Unwashed. Apparently when the average bloke gets a Bank Holiday he just fritters it away by watching telly or taking the dogs for a walk or going down the pub. (As if!) A few hundred years ago the masses knew what to do on public holidays - they would go on a pilgrimage.
Yes - a pilgrimage.
There's a move afoot to get the masses going on pilgrimages again. Can you believe it? If you look on-line you can find starting points of holy trails. There’s loads kicking off from about seven miles from every cathedral in the country. You can spend the day walking (presumably in pious contemplation) to said cathedral where you can experience two hours of hypocrisy in sub-zero temperatures. And there’s shorter ones, or ones taking several days. The idiot singing the praises of these pilgrimages was rather vague about how you get back to where you left your car afterwards. Me - I think I will stick with what I usually do.

I stopped off at Aldi to get some coffee, and when there I deployed a Munzee. Go me.
With Munzee deployed I went in to work. I don't dislike work, but I think it fair to say that the novelty is wearing off. Though (it has to be said) I might well have felt better about the day had I not had guts ache the entire time. I'm not sure what I ate yesterday to upset my innards, but I'm pretty sure I wouldn't eat it again. Interestingly Pogo's been farting like a fruitbat too.

As I walked home from having parked the car I met "er indoors TM" walking all four dogs down the road. Signalling to her to keep quiet I walked straight past without a single hound realising it was me. but when I spoke they all knew who I was.
We had a good little wander round the roads then came home. "er indoors TM" helped me (did all of the work) to print off some Munzee stickers, then boiled up a rather good bit of scoff. We devoured it, then she went bowling. With her usual bowlers unavailable, "My Boy TM" had been dragooned to fill in. Odd how he gets asked and I don’t. Still, I’m not fussed; the telly don’t watch itself.

As the dishwasher dishwashed and the washing machine wrestled with my undercrackers I watched two more episodes of “Lost in Space” whilst chopping up the sheet of Munzees that "er indoors TM" had printed for me.
I shall deploy some more Munzees tomorrow…