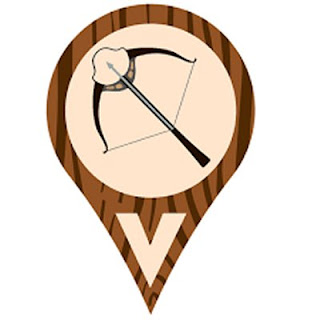 Last night was odd; I couldn’t get to sleep. I usually have no trouble at all getting to sleep. Staying asleep can be an issue, but I usually am out like a like the moment my head hits the pillow. Last night I gave up trying to get to sleep after an hour and came downstairs to see if watching a little telly might help me nod off. However the dogs thought that my being up meant it was playtime, and minor havoc ensued.
I went back to ben half an hour later when I did nod off, and was woken by the alarm four hours later when I felt like death warmed up.

I watched another episode of “Schitts Creek” then had a quick rummage round the Internet to see what had happened in the few short hours since I last had a look. Absolutely nothing had happened; everyone else had been fast asleep.
As the dogs snored so I quietly got dressed and set off to find where I’d left the car.

I found my car eventually despite the street lighting. This LED street lighting that the council have installed doesn't live up to what was promised, and it isn't fit for purpose in that it doesn't actually light the streets in any way.
As I drove to work the pundits on the radio were talking about schadenfreude - laughing at the misfortunes of others. Some brain scientists wired up loads of volunteers and found out that there is something deep-seated in the human brain which makes us all happier when we see others doing worse than we are.  This is (so it was claimed) why sport is so popular; for all that fans of any given sporting team like seeing their team do well, they actually get more enjoyment out of watching opposing teams lose. It was claimed that most people didn't actually realise this, but it was nonetheless true.
I wonder if the fact that I don't really like watching sports means I'm a better person? Somehow I doubt it.
There was also talk of how more and more dairy farmers aren't selling the milk they produce, but are using it to make skry which is some sort of Icelandic cheese which is often mistaken for a yogurt. And in saying that I summed up in one sentence that which Radio Four took half an hour to explain. Mind you they did make the life of a skyr farmer seem much more interesting that my life.

I got to Pembury in a fraction of the time it look during last week (even allowing for one diversion for a Munzee crossbow - Munzees have weapons, you know); it is amazing how few people travel about at half past six.
I parked just as it was getting light; I had a rather busy shift. I've often mentioned that I don't mind working at the weekends; I didn't mind working at all today; it was raining outside.

I did my bit on a rather busy day and got rather damp walking to my car. Once home I did some CPD (which can be rather dull) whilst "er indoors TM" boiled up some scran.
I might try for another early night tonight…