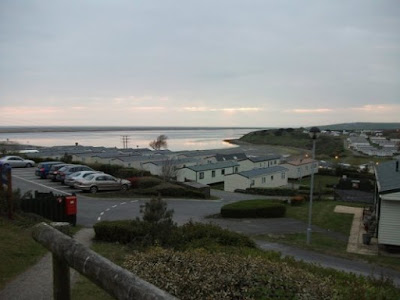 I would have had such a better night had Treacle not got off the bed in the small hours. She has a habit of umping on to the floor, then crying and whinging. Eventually she got back on to the bed and settled, but not before she’d woken everyone up. She then curled up and was snoring whilst I lay wide awake.

Over brekkie I watched an episode of “Schitt’s Creek” before sparking up my lap-top. I did roll my eyes when I saw one argument kicking off on Facebook. Apparently the Welsh government have banned the smacking of unruly children by parents.
One childless woman of my acquaintance was crowing about how this was a positive move for humanity, and she was being backed up by her equally childless friends. However her other friends who have had children have come to realise the amazing corrective properties of a crack on the arse. It has always been my experience that there are two groups of people who advocate against corporal punishment; those with no children, and those with the most unruly, nasty and ill-behaved brats. The most badly behaved brats at cubs were the ones whose mothers were so proud of never having smacked their child. I can remember that the headmaster at my school had a cane in his office. He rarely wielded it, but when he did, one boy would have a sore bum for a day, and a thousand other boys would behave themselves for a year.

Another early shift meant for another early and dark start. I spent five minutes scraping the ice from my car before setting off to work. As I drove the pundits on the radio were talking about how the Americans have got the arse because Britain has ignored them and is going to use Huawei technology. Apparently the British government asked the American government what they might use instead of Huawei, but no answer was forthcoming. Dominic Raab (whatever he is these days) was on the radio ranting about how few hi-tech companies there are to choose from, and that there should be more.
There's a novel idea... where might they come from? Has no one told him what capitalism is all about?
There was also talk of the corona virus which is seemingly rampant in China. I suppose it is easy for us to be blasé about a plague which doesn't bother us. I suppose the attitudes will change when Brits start dying.
There were also rather interesting interviews with some big-wig from the Scottish Nationalist party and the Polish Ambassador. Apparently Scotland wants to have its own immigration policy after Brexit because all the skilled workers who are EU nationals are going home, and the average Brit is too thick or too lazy to do skilled work. But because much of the skilled work doesn't pay enough, many of these jobs don't qualify for the Government's immigration policy (like the job what I do). And so there is a shortage of skilled workers...
I can't be the only person who saw this one coming...

I got to work, deployed  a Munzee, then got on with my daily round. It wasn't a bad day really. And I got to leave early, which was something of a result. I came home to find that a fellow scanner of barcodes had been up our road and had scattered Munzees here and there, for which I was grateful.

I took the dogs for a walk; having watched the dog training show last night I thought we might have a good walk this evening. The dogs had to sit to have leads put on and had to sit every time we crossed a road. Amazingly it was Pogo who was always first to sit. Treacle was rather hit-and-miss, and Fudge was rather recalcitrant (as he often is).
With walk walked we were home before it got dark. I had a cuppa and biscuits. Bearing in mind yesterday’s debacle I watched Fudge like a hawk, and I got to have all of my biccies. As I had a cuppa I looked at the messages I’d had from Facebook. There was quite a bit of talk on the Munzee-related Facebook page. What with the end of the month coming up people are seeing how well they did in the monthly “Clan War” competition. Both "er indoors TM" and I did rather well (I thought) and consequently we’ve both been gone up into the next league. We’ve been promoted from the “Horlicks Clan” into the “Cocoa Clan” which I see as something of a result.
It’s not just scanning a bar code stuck to a lamp post, you know

With "er indoors TM" off out with her mates I put on a film I’ve been planning to watch for some time. “On Chesil Beach” appealed to me purely because of the title (having had two really good holidays on Chesil beach), but the film was rather good. Sort of in the same vein as “Brideshead Revisited” really.
I’d quite like to go back to Chesil beach…