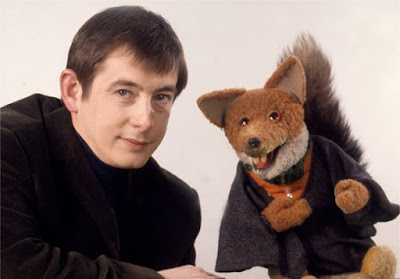 Despite a rather vivid dream in which I was sunbathing in the light of an exploded Betelgeuse (it’s a star!) I had a rather good night’s kip.
Over a bowl of granola I watched an episode of “Extreme Catches” on the Discovery Shed channel in which some gung-ho American bloke was trying to catch a Goliath Grouper (it’s a fish) by sticking a rather enormous other fish on a hook on the end of a length of rope. The implication was that fishing rods were for puffs. From the experience of being the sort of puff that uses a fishing rod all I can say is that I don’t get the sort of rope burns that this chap got. And for all of the fellow’s trash talking he ended up with a fish which was about a quarter of the weight that he was bragging that he was going to catch.

"er indoors TM" got up (half an hour late!) and capped four bouncers out of the tree house in the garden. (it’s a Munzee thing – you don’t get this from a film pot under a rock!) and then proceeded to message me about it from the toilet.
I then had a little look at the Internet and found myself embroiled in a squabble on one of the geocaching pages. Some woman was saying how a GPS unit is far superior to a phone’s GPS abilities, and was also saying that there was no discernible difference between the two devices. When I pointed out the fallacy of this standpoint she told me that we should agree to disagree. When I pointed out that I wasn’t sure what we were disagreeing about she got arsey.

I took the dogs for a walk. We hadn’t got far when the heavens opened, but for no explicable reason I decided to continue with the walk. As we went through Bowen’s Field we met some idiot teenager. Rather than just ignoring the dogs she waved her arms about then froze like a statue in a very strange posture whilst making an odd whimpering noise. Of course the dogs were rather upset by this and barked, which just made the girl worse. I shouted at the dogs and they walked on, shouting over their shoulders as they went.
What is it with children and dogs? Don’t schools teach them to just ignore them? If they don’t like dogs, why do they act in such a way as to provoke a reaction?
Having been upset by this little episode, Pogo then had a barking fit at the next dog we saw.
By the time we came home there was glorious sunshine.

I watched an episode of “Schitt’s Creek” then with the dogs settled I set off vaguely work-wards. As I drove the pundits on the radio were talking about the death of Derek Fowlds and mentioned his roles in "Yes Minister" and "Heartbeat". Oddly no one remembered him being in the Basil Brush show. I first saw the chap on telly as Basil Brush's sidekick "Mister Derek", and after remembering this I spent the rest of the day with the song "Bulldog Basil - the Secret Service Man" stuck in my head.

Making better time that I thought, I would I had a few moments to spare and so had a llittle Munzee adventure on the way. Munzees are stuck on lamp posts and street signs and consequently lend themselves to little pre-work adventures far more so that geocaches do (which are usually stashed under rocks in swamps at this time of year). I had my little adventure (as I do), then went in to work.

I got to work; I had fish and chips for dinner. The work's canteen is rather good. And, as is always the case when on the late shift, the day was effectively done by mid-day…