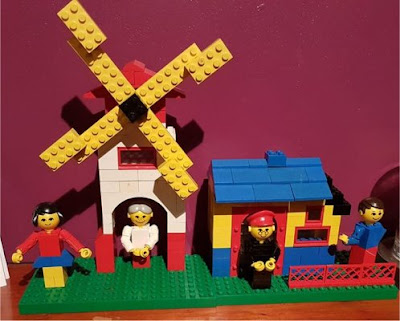 I slept through until after eight o’clock this morning. When the dogs sleep well, so does everyone else.
Being up later than usual I found I was sharing toast crusts with three dogs (rather than just Fudge) which made for a rather long and drawn-out brekkie. And when the toast was all gone, Treacle and Pogo scrambled all over me in a desperate attempt to get any crumbs which might have fallen. Pogo especially is incredibly greedy. Fudge isn’t at all. Usually when the brekkie toast is gone, then that’s it. Pogo and Treacle hoovered me for crumbs for a good ten minutes.

I had a look at the Internet as best I could whilst being mobbed by two greedy dogs. Facebook was its usual self; having set the thing so I wouldn’t see the adverts for the local selling sites I saw a lot less adverts. But there were still quite a few to be seen. The photos I’d posted yesterday of a fruit salad sweetie had attracted quite a few comments.
And then I saw something which boiled my piss to the limit and beyond.
A chap I’ve known since 1983 had posted something onto one of the medical Facebook groups. It was a PowerPoint presentation about the subtle intricacies of the ABO blood group system. The trouble with these medical Facebook groups is that for every one person educated to post-graduate level there are ten doom-brains without a failed GCSE between them trying to understand the results of their blood test. One such was failing to even open the PowerPoint presentation and was asking for help. Someone else (who I *know* is a genius) was saying how they couldn’t help, and they were boasting at being hopeless with IT.
Why do people do this?
Would you be so proud that you couldn’t read or write? This is the twenty-first century, after all…

I took the dogs for a walk. We hadn’t gone more than twenty yards when we had a set-to with a cat. There is a cat that lives up the road that deliberately tries to provoke fights with the dogs. This thing is fearless and will not leave us alone.
Once we were finally rid of the cat I had intended to walk round the park, but the rain was getting heavier, so we abandoned and came home. I towelled the dogs off, settled them, and drove out to Faversham where I spent an hour or so collecting bouncers in the rain.

With bouncers bounced I returned home, and spent a couple or hours ironing whist watching “Sense and Sensibility” on Netflix.  As I’d been driving earlier there had been a lot of talk on the radio about Jane Austen, so it seemed a good choice of film. It wasn’t entirely different to “Pride and Prejudice”, “Northanger Abbey” and all of those films in which the heroine falls for the dashing young hero, the dashing young hero turns out to be a beast, and the heroine ends up with the bloke who was a bit of a cock at the start but turned out to be a good egg in the end.

By then the rain had stopped and the sun had come out. I took the dogs round the park where we had a rather good walk. Pogo did have an episode when he started barking at another dog that was on a lead. The idiot woman who was on the other end of the lead was apologising for her dog and saying that her dog only wanted to play. She was not at all happy when I suggested she let her dog off the lead and let him play.

We came home where I deployed a tree house then played Lego for a while. I fed the dogs, then with "er indoors TM" off out I fed myself and watched a film. “Alien Covenant” was OK I suppose, but it did go on a bit – like most films it went on for about half an hour too much. Mind you it was nowhere near as scary as the first two “Alien” films…