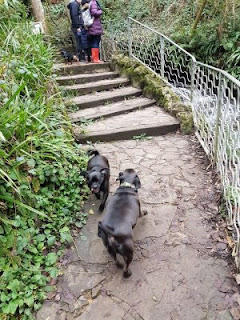 "er indoors TM" had been at the toaster this morning. Usually I have it at the “toast the bread” setting. She has it set to “slightly warm the bread”. When my toast came out still frozen I cranked up the dial to “toast the bread” and put it back in. The toaster however decided that it wasn’t going to muck about and incinerated the stuff.

As I ate my charcoal I had a look at the Internet. I sent out birthday wishes to friends having birthdays, and with very little else appearing on my Facebook feed I was very rude to some bunch of solicitors. An advert from this bunch appeared on my Facebook feed trying to get people to sue the NHS for medical negligence.
The whole “medical negligence” thing boils my piss to the limit and beyond. No one goes into the caring professions not to give a stuff. Accidents happen. Those having made the mistake feel quite bad enough about it without some legal-type sticking in the knife purely for what they can get out of it. Making a career out of others’ misfortunes in this way – how much of the compensation does the legal firm get?
I checked my emails. Several people had been hunting out my Wherigos yesterday. The ones I threw together in a couple of days got praise; the ones which took weeks to create didn’t.

"er indoors TM" was off to Margate today taking Sid to visit "Daddy’s Little Angel TM". I drove down to Hastings to see my mum. Not being able to visit everyone, we divided our forces. I was keen to see mum after her debacle in the hospital last week. I was not at all impressed to be told by the doctors that (having been in for five days) she’d been ill with “it was probably one of those things.”
As I drove I couldn’t help but notice that most of the cyclists and motorcyclists had helmet-mounted cameras. Together with ambulance-chasing lawyers, there’s another sign of our times.
I got to Hastings; mum and dad both seemed well. I spent a little while with them. I should do that more often really.

I came home to collect the dogs, then drove down to Brockhill Park where we met Cheryl and "My Boy TM". The first fruit of my loin went straight to the toilet. Cheryl told me that this was his thirteenth tiddle of the day, and it was only one o’clock. I immediately bit my tongue. Admittedly I might waste time hunting for film pots under rocks or scanning bar codes on lamp posts, but I’ve never made a pastime out of documenting the lavatorial habits of the family. Perhaps I should? I wonder if there is an app for it?
We had a little walk round the park. As is so always the case we had a good walk, marred only by other people. One family’s small children went hysterical at the sight of the dogs, and Rolo tried to pick fights with an Alsatian and a beagle. Rolo is the smallest dog in the family; he is usually as good as gold. But when he is with the other dogs (particularly when he is with Pogo) he kicks off at other dogs as he knows that the family dogs will back him up.
Fudge spent far too long in the river. I would have thought it was far too cold to go paddling, but he loved it. Whilst by the river we spent ten minutes absolutely entranced by a terrapin that was perched on a rock. It took us those ten minutes to realise it wasn’t a terrapin at all; just another rock. Whoops!
I took a few photos whilst we were out. I took a circuitous route home via a few munzees.

It wasn’t long after getting home before all dogs were fast asleep. I watched a couple more episodes of “Lost in Space” as the dogs snored.
"er indoors TM" and Sid returned, and we had a rather good dinner which we scoffed whilst watching today’s episode of “Doctor Who”. Having watched the show for as long as I can remember I feel I should keep doing so. Fiction of any sort, be it a TV show, a radio program, theatre or a book, only works if you can relate to the characters in the fiction. I can’t warm to any of the characters in today’s “Doctor Who”.