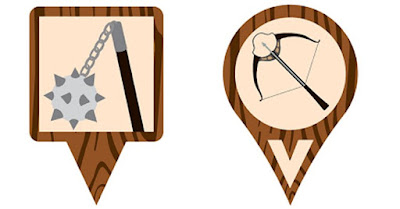 I lay awake for a while this morning listening to Treacle squeaking. I called to her, but she ignored me and carried on squeaking. Thinking she might need to go outside I got up; she immediately shut up and went to sleep in seconds.
Being up I made some toast and had my morning root around the Internet. I did chuckle when I saw an advert on one of the local “For Sale” Facebook pages. Someone was selling an “unwanted Christmas present”. How ungrateful. If I’d bought someone something only to have it appear for sale as an “unwanted Christmas present” less than two weeks later I wouldn’t be buying them anything ever again. Would you?
The nice people at Coursera had sent me an email; they thought I might like to take a course in semiconductor devices.
They thought wrong.
There was also someone posting on one of the local crime awareness pages. A local dog-walking company’s van had been stolen. The van was gaudily coloured; you’d see it immediately. Why steal something quite so obvious?
Amazingly the local police were also posting on that same crime page. A couple of their community support officers had been round last week. Doesn't it speak volumes that the police feel that having two PCSOs going out to do what the public expect of them is so exceptional that it warrants a post on social media?

I spent a little while adding a Munzee referral thing to this blog. If you scan the 2-D bar code thingy with your phone and sign up for Munzee I get points. You can immediately delete it all, but I still get the points, but why not have a go. It’s a harmless enough game, and you don’t have to rummage under any rocks.
As I pootled on-line I watched Pogo. He thought I wasn’t looking. He climbed into Sid’s basket with Sid, sat down, and started trying to push Sid out.
Pogo got told off about that…

Pausing only briefly to destroy Fudge’s bowl, "er indoors TM" supervised dog breakfast, and I then took all four hounds round the park. It was hard work. Pogo was impatient to get going, Sid straggled at his own dawdling pace. Matters weren’t helped by the voices in Pogo’s head telling him to kick off at another dog (twice). Some days the dog walk is a joy and a pleasure. Today’s was a chore.

With he dogs settled I set off to work. As I drove, "Women's Hour" was on the radio. Usually I turn this off, but I listened today. The claim was made that some eighty per cent of readers of fiction in the UK are women, and the implication was made that men don't read books. As an avid reader myself I found that hard to believe. It was then suggested that most men don't read because a *lot* of authors are female, and men don't want to read books written by women. Apparently this is why JK Rowling went by her initials rather than her name. Personally I'm well aware that one of my favourite authors (Julian May) was a woman, and using initials can work both ways - look at JRR Tolkein.
I've often felt that "Women's Hour" on Radio Four just tries to stir up divisions where none need exist.

I took a rather circuitous route to work today stopping off for four weapon munzees (I had to look up what they were) in order to meet my commitments to the clan. This munzee lark can be quite demanding, you know. And having satisfied the requirements for level one clan warfare (!) I went to work and wandered round the local pavements randomly sticking 2-D barcodes here, there and thither. I deployed a dozen munzees before work. Go me!! In a couple of days I shall meet the requirements for level two, and level three is looking possible.
If you thought that rummaging under a rock for a film pot was sad, that's just peanuts to scanning bar-codes.

I had a rather good cheesey thing for lunch, then cracked on with the late shift. I felt rather tired as I worked; if only Treacle had let me sleep earlier. And my innards still weren't right. I was glad when the day shift went home so that I could fart without having to keep leaving the room.
Perhaps that cheesey thing was a mistake?