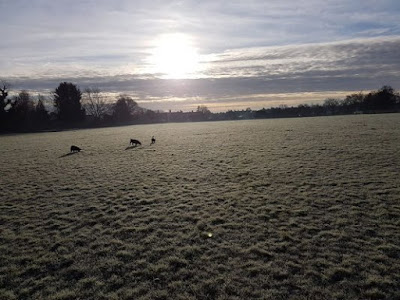 I didn’t sleep well last night. Perhaps if I got up and went to the loo rather than laying awake not wanting to get out of bed I might sleep better?
I made some toast and shared the crusts with Fudge and Pogo. Treacle didn’t seem fussed about them. As I scoffed toast I peered into the internet. Despite having turned off every notification setting I could find about adverts I still found several on Facebook. I also saw a lot of political squabbling. The pro-remain brigade are still posting all over Facebook talking about legal ways in which Brexit can still be blocked and posting up all the disadvantages of leaving Europe. The pro-Brexit brigade were posting “we won, suck it up” as though narrowly winning a misinformed referendum was all the justification they needed to gloat. Some chap living locally asked an interesting question on the subject though. Bearing in mind the Prime Minister promised the nation savings of three and a half million quid a week from Brexit, why is he trying to crowdfund repairs to Big Ben which (according to what he said) could be paid for in ten days after leaving the EU?
Someone else was asking if anyone knew of a sci-fi based museum. I was reminded of the Museum of the Moving Image where I once took the fruits of my loin when they were small. I thought I might revisit the place but thirty seconds on Google showed me that it closed over twenty years ago.
It’s amazing what happens when you aren’t paying attention.

I took the dogs for a walk. It was a cold morning, but being cold had the advantage that the mud was frozen and we were able to walk through the co-op field which is usually a swamp in the winter. As we walked we could see that the gardeners had been busy in the park again. You can see from the fountain right through to the flats; another of the overgrown thickets has been cleared out.
Dog-wise the walk went well. There was a minor episode when Pogo barked at a passer-by, but I blame the passer-by entirely. If you don’t like dogs, just ignore them. If you start waving your arms around and shouting and all-but-breakdancing at them then the dog is either going to be frightened or think you are playing a game. And the dog will react accordingly. All three dogs had a bark shortly after that, but two other dogs had already started a shouting match, and my three were just some of the dogs that were joining in.

We came home; I went round the garden with a bucket and spade to harvest the dog dung. Harvesting dog dung is much easier when the stuff is frozen. Though having been speaking with quite a few people it would seem that we are in the minority in harvesting the dog dung from the back garden. Several people have mentioned that they just leave the dog poo out there in their gardens. Eeewww!!!!

I watched another episode of Schitt's Creek whilst the dogs snored, then I set off. First of all to B&Q. We needed fuses. I couldn't find any so I asked the staff. "They're over there" said one disinterested old biddy whilst waving her hand vaguely. Pretty much all the other people supposedly working there were busy having conversations on their mobile phones. No one actually said "Get knotted, baldy", but the sentiment was most definitely there.
I eventually got the fuses, and went for petrol; the staff at the petrol station couldn't have cared less either.

There was then half an hour spent talking about the fate of Dunford Hall. Apparently this ancestral seat had been bequeathed to the YMCA many years ago, and despite their best efforts, the YMCA couldn't do anything with the place that didn't end up costing them money so they were trying to sell it. Some descendant of the bloke who'd given the place to the YMCA had the arse about his as he felt the YMCA were being really ungrateful and seemed to think that he was doing the right thing by obstructing the sale.
It was amazing just how much effort this chap had expended to thwart the sale. You'd think that people would have had better things to do with their time. I did chuckle when the chap eventually raised enough money to buy the place and the YMCA then sold it to someone else.

I took a little diversion on the way to work to seek out a Munzee in Brenchley, but I couldn't find it. The thing hadn't had a find logged since it was first putout six years ago, so I suspect it is long gone.
Pausing only briefly to deploy a Munzee in Pembury I went into work. With a few minute spare I went to the canteen for lunch and had a rather mediocre curry which gave me a guts ache which lasted for the entire late shift…