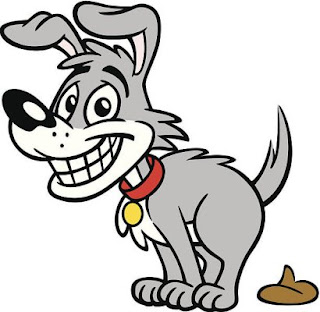 I had a rather restless night. I eventually gave up trying to sleep and got up. I used up the last of the bread making my toast and sarnies; I expect "er indoors TM" laid an egg when she realised, then I had a look at the Internet as I do. Someone with whom I used to work was posting on Facebook about the excellent work that volunteer drivers do for the NHS. I suppose that they do what they do with good intentions, but having volunteer drives led to the redundancy of at least one chap that I knew of. And how far can we go with volunteers in the NHS? I’ve been led around an out-patient department by a WI volunteer who was *very* interested in reading my medical notes. Why not ask if anyone would volunteer to do the portering and cleaning? It is a very short step to getting all the NHS staff to go and get a proper job and have them all come back as volunteers. Interestingly the move (several years ago) to get retired ex-managers from industry involved was very soon abandoned. The NHS is never going to be funded properly (by any political party) all the time someone is offering to do the job for free.

I had a lot of emails this morning; quite a few people had been out looking for (and finding) the geocaches that I’d hidden over the last year. I was quite pleased to see “found it” reports on caches which (only two weeks ago) I had been assured were missing.

With some time to spare I took the dogs for a walk round the park. Despite all having been chivvied into the garden earlier to “do their business”, a surprising amount of “business” was conducted as we went round the park. Our walk went rather well; we only met one other dog. It was a shame that it had to be one of the local “pampered princesses”. The chap with this delicate blossom was being deliberately awkward. As we diverted to walk away from him and his pooch so he would change direction to still be where we were going.
Some people, eh? Mind you I found a Munzee – happy days (!)

We came home; I harvested a quite impressive crop of dog turds from the garden. Several people have commented on how we gather up the dog dung and flush it down the loo. It would seem that we are in the minority of dog-herds in clearing our garden of poop. When questioned other people have said that they just leave it there. Yuk!!
I then looked at my credit card bill. I really wish the bank could sort themselves out; the bank statement comes on the same day every month, but I am reliably informed that it is impossible to have a credit card statement on the same date every month. It is randomly generated at any time between the twentieth and the end of the month. I wish they’d get themselves sorted…
And having looked at the credit card bill I then looked at organising the geo-meet for February. I’ve volunteered to host it, and thought that the Red Lion in Badlesmere might be a good venue. After all, it’s tried and tested.

As I drove to work there was a rather interesting article on the radio about illegal immigrants coming from Sierra Leone. Apparently the vast majority of those who illegally leave Sierra Leone go back to where they came from because of the dangers they face on their journey elsewhere. The danger of death from the desert and ocean crossings is nothing compared to the danger of being captured and sold into slavery. And going home isn't an easy option. Everyone trying to escape the country has to pay to be smuggled out. The going rate is about three thousand pounds, and because those wanting out don't have a pot to piss in, they've had to steal that money. So they are going back to disgrace and a probable prison sentence.
And we in the UK always thought these illegal immigrants had it easy...

I spent a few minutes before work having a little geo-adventure. Interestingly the people who claimed to have found one of the film pots I found today *hadn't* signed the piece of paper. that's pretty damn serious in Tupperware circles.

I got to work, had a rather good lunch in the canteen... and then effectively that was it for the day. As is usually the case when on the late shift. I did the late shift; it was rather busier than I would have liked.