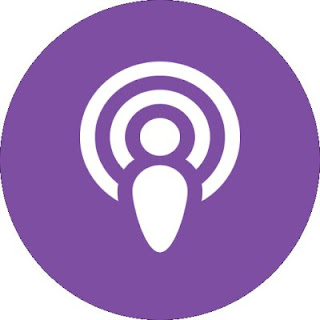 I have a vague recollection of "er indoors TM" and Treacle having an argument in the small hours, but apart from that it wasn’t a bad night. I woke a couple of minutes before the alarm was due to go off, and over toast watched another episode of “Schitt’s Creek” before having my usual look at the Internet.
I saw that half a dozen friends had said they were going to next week’s funeral of the chap who used to run our old Boys Brigade group. It will be good to catch up; such a shame it is for such a sad reason. Perhaps I might organise a happier reunion later in the year? Before long the only time I will be meeting friends from the old days will be at funerals… a sad thought.

Another early shift meant for another early and dark start. Being back at Maidstone I set off up the motorway and was delighted to see that the silly and utterly unnecessary "Operation Brock" barriers had gone, and we could drive on three lanes at the national speed limit. However this just gave free reign to the idiot drivers. It never fails to amaze me how stupidly some people drive when they have their company name emblazoned all over their vehicles. One employee of ISS logistics clearly didn't care what the motoring public thought of his company as he drove like a cock.

Pausing only briefly to deploy a Munzee (as one does) I went in to work. I had a very busy day, but an early start made for an early finish. As I drove home through the torrential rain I was amazed to see petrol was one pence per litre cheaper in Ashford than it had been on Maidstone; Maidstone is usually four pence cheaper than Ashford. On the plus side I did get Nectar points, so I wasn't entirely out of pocket on the deal.

I got home, and immediately took the dogs for a walk. I wasn’t keen on getting wet, but the dogs insisted. We didn’t go far and we all got soaked.
With walk done I did something I rarely do; I downloaded a podcast. Gordon told me that the head honcho at Geocaching dot com had been interviewed, and he felt that this chap and I have been saying the same things recently. It only took a few minutes to get the podcast working, and I listened to it as I pootled about.
The chap wouldn’t use one word when ten would do, but he said some interesting things… Based in Seattle geocaching dot com is struggling to get IT proficient people as they are competing with the head offices of Facebook, Microsoft, Amazon, Google and the like. He also admitted that their IT is about fifteen years old, and that most of their expenditure goes on administrative legal nonsense rather than their core business. This explains a lot…

But the chap’s view on the future of the hobby was interesting. He wants to “refresh the gameboard” and wanted rid of the older caches that everyone has found and replace them with new ones. He said he was worried that he hobby could face “global saturation” and he felt the game would benefit from getting rid of the old and replacing with the new.
I was pleased to hear this last bit; it’s no secret that for me geocaching has pretty much run its course in that I’ve done most of the series of geo-walks that exist locally. If people don’t get rid of the old and make new, then I’m just going to be one of many people hanging up my GPS.

"er indoors TM" boiled up some scran and then went bowling. I watched last night’s episode of “SAS: Who Dares Wins” with my thoughts equally divided between “I could do that” and “you must be joking”.
I think I would like to have done the SAS training, but I don’t suppose it would have been much fun at the time…