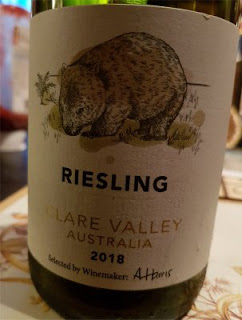 Just as I nodded off last night so Treacle declared a "Red Alert" for no reason that I could fathom. She did it again an hour later. It was such a shame that my alarm didn't coincide with one of her barking fits.
Over brekkie I watched more episodes of "Schitt's Creek" (which seems rather good so far) as I scoffed granola. I then had revenge on the dogs by waking them. They all got sent out for what dogs get sent out for before they had their brekkie, then I set off for work.

By judicious scrutiny of the Munzee map (!) I was able to cap three bouncers on the way to work. Go me!
As I drove to work I did chuckle when the weather forecast spoke of a "dry morning becoming drier later". I would have thought that "dry" was an absolute state - a morning is dry, or it is not? Once dry, it cannot become drier… can it?
Mind you it was all rather academic as the morning wasn’t dry. It was pouring with rain.
As I drove the pundits on the radio were interviewing some nice people who seemed to be enjoying life farming sheep in Devon. I found myself engrossed in what they had to say; there is never anything as interesting as what someone else is doing, is there?

I got to work and had a day of two halves; the morning was dull, the afternoon was manic. I was pleased when it was time to go home. Doubly pleased when the Munzee map showed another bouncer not a million miles from the petrol station. What it didn’t show however was the motorway closure.
As I navigated the diversion the radio was broadcasting their book program. Apparently Radio Four is having a “Year of the Novel”. Being an avid reader myself I listened (rather than turning it off) and found myself wondering just what I was listening to. I read books for entertainment; to be told a story. The people on the radio were talking the same pretentious drivel that the English teachers at school used to spout, and any bits of the books that they read out were read in a fake American accent for no explicable reason.

I came home to find that a tasting had taken place; Fudge and Treacle liked raw turnip; Pogo didn’t. I was surprised; Pogo is a greedy dog who generally eats anything for fear that he might be missing out. But on the success of the tasting, "er indoors TM" made turnip stew for the dogs. All three scoffed it. It turns out that turnips are good for dogs with iffy kidneys, so yesterday’s turnip was a bit of a result all round.

Fudge came and sat with me on the sofa, and we both nodded off. When I woke, "er indoors TM" dished up a rather good Sunday dinner. As we scoffed it we watched today’s episode of “Doctor Who”; it would have been better if any of the lead characters had more personality that a lump of bread and butter pudding on legs.