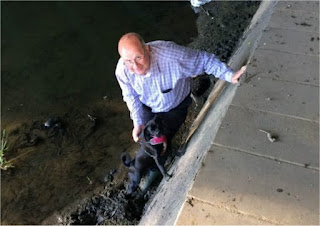 After a rather good night’s kip I watched my morning fix of “BattleStar Galactica” then sparked up my lap-top to stare into cyberspace. With nothing of note on Facebook and only a few spamming emails I set off to work.

As I drove the pundits on the radio were broadcasting from the London head office of the social media giant Twitter; today they were talking about how social media influences the public’s opinions and specifically the outcome of the upcoming election. There was concern that social media doesn’t give a balanced view of the political parties. One example of this is that so far in the run up to this election there has been lots of anti-Labour campaigns based on the premise that Jeremy Corbyn is a twit, and loads of pro-Conservative campaigns based on the premise that Jeremy Corbyn is a twit.
There was also concern that too much information about the upcoming election was being presented to a public which (apparently) didn’t understand any of it.
Social media representatives responded by saying that they don’t see themselves as having any responsibility in presenting a fair political argument. I have to agree with it. I read Facebook to see what people I know are up to, not to have their views edited.

I got to work, had a rather quiet day (which picked up right on going-home time) and just as I came home I had a phone call.  Something of an emergency had happened.
To save time "er indoors TM" had taken the dogs out without me and Treacle had fallen in the river. I charged up to help only to find Treacle had been extracted from the river (together with a ton of rather smelly mud) but for reasons about which "er indoors TM" was rather evasive, Fudge’s lead had been dropped in the deep mud. My job was to scramble down the six-feet embankment to retrieve the lead. Just as I got to the lead Treacle jumped back in the river, then thrashed about in the mud with happy abandon as only a puppy can do..
Oh how we laughed…

Chippy and Martin arrived and we set off to Folkestone where we totally failed to get the Rear Admiral’s Chromecast to do anything.
On the way home I had something of a revelation. It was dark; street lights were on. Beaver Road has the old-style sodium street lights. You could see what was going on. Christchurch Road has the new LED street lights the council is installing. They don’t actually light up the street. Reducing light pollution is all very well, but reducing light pollution by not having any light at all? These LED lights are an experiment that has clearly failed.
Perhaps this is a job for the South Ashford Community Forum?