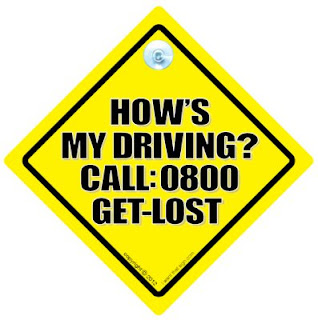 Another good night’s sleep; but again I woke up with serious pain in my elbow. What happens overnight to set the thing off?
Over brekkie I watched more “BattleStar Galactica”. When it finished the telly was randomly playing a fishing programme.  This morning the anglers were talking about how to pose with a fish for best effect for the camera. "My Boy TM" always tells me that I can’t hold a fish to the camera to save my life. He assures me I hold a fish like I would hold a gun. Maybe I picked up a tip or two from the telly; we shall find out on next week’s fishing trip… if I catch anything.

I then had my usual morning root around the Internet. I got a little peeved when I had a look at Facebook. It seems to be the “in-thing” at the moment to post trite comments about how you are always there is people need you, but several people posting these memes certainly weren’t anywhere to be found when I had my little episode six years ago. Nor were they anywhere to be found when others have needed a hand from time to time.
For all that I am a fan of Facebook, the Facebook status message is nothing more than words. I can’t see how anyone can “support” any cause by copying and pasting something that someone else has copied and pasted. Supporting a cause means either giving that cause hard cash, or getting off your arse and actually doing something to help.
Or both.

I checked my emails. I had a “found it” log on one of my geocaches which was dated last August. Why even bother doing the hobby if you are going to take nine months to do the admin that goes with it? I had more offers of free incontinence pads from Tena Lady (!), and LinkedIn told me that someone of whom I’d never heard had got a new job.

I set off to work. It was rather cold this morning. As I drove to work the pundits on the radio were talking about the government’s commitment to reduce immigration. The problem of skilled workers in the NHS was discussed at length. The feeling being put forward by the government’s lackey being interviewed was that the NHS was over-dependent on cheap immigrant labour. He felt that the average Brit wasn’t doing the job of (specifically) a nurse because it was cheaper to import someone to do the job.
The implication was clear – a socking great pay rise for all NHS workers so that he NHS gets applications from British people again. I’d be up for that.
There was then a lot of talk about how the reduction of police patrol cars is making British roads lawless. I had a little chuckle over this; just as this theory was being expounded I had to swerve dangerously to avoid being rammed by a Sky TV van (registration PF12 DWE) which, having driven up the wrong lane, was determined to push into the queue of traffic in which I’d been patiently waiting for some time.

I got to work and had a rather busy day. So busy that I didn’t fancy going out with "er indoors TM", "Daddy’s Little Angel TM", "Stormageddon - Bringer of Destruction TM" and the dogs this evening. Instead I did dull CPD until "er indoors TM" boiled up a rather good bit of scoff….