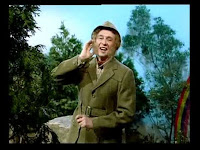 I had a reasonable night’s sleep; I got up at 7.30am which wasn’t bad for me. As I opened the curtains I heard a knocking from nice-next-door. There were a couple of blokes in hi-vis jackets on their doorstep. I wonder what that was all about?
Over brekkie I had a look at Facebook; not a lot had happened overnight. I had a ton of emails though. *Loads* of people came to Kent last weekend for the Kent Mega geo-extravaganza. And every time they logged a find on a geocache, geocaching dot com sent an email (saying what they’ written) to the person who originally hid that cache. It would seem that a *lot* of people did their logging yesterday. I was snowed out with emails telling me that people had found the caches I’d hidden. There are those that love getting emails of logs on their caches. Personally I look at the subject line and only read those that say “did not find”. Apart from those on my Wherigoes, I don’t read any of the “found it” logs. Is that wrong of me?

I then went into the garden and started washing stones. Last week nice-next-door said I could have the unwanted shingle from their garden; they were replacing it with lawn. I liberated quite a lot of the stuff, but a lot of mud came with it. The stuff needed washing. I had a go last week with a washing-up bowl but it didn’t work. I had this idea I could go faster with the pressure-washer. I set the thing up and soon worked out this system where I pressure-zapped stones in a bucket which was laying on its side. The theory was that I pressure washed until the water (mud) ran clean. It was a theory which worked, but it was so slow. After a couple of hours I had washed maybe a fifth of what needs washing.
As I pressure-washed, "er indoors TM" was doing the hoovering and the puppy got very over-excited not knowing whether to bark at the pressure-washer or the hoover. She had a rather admirable attempt at doing both.
As I worked I found myself singing my version of the Steeleye Span classic; however my version has an “arse” where hippies would have a “hat”.
After two hours I gave up. I gave up both singing and washing stones.

We took the dogs round the park for a walk; I wish the puppy wouldn’t keep jumping up at random strangers. Try as we might, it is a habit we just can’t break. It can only be a matter of time until one of the normal people gives her a slap.
Once home again I had another quick look at the Internet; was I the only person who didn’t know that the Folkestone Comic Con was taking place today? Mind you would I have gone? In years gone by I was quite the regular on the fandom circuit because that was the only place to get a lot of the fan merchandise (pre-Internet) but nowadays? I hear it’s now all cos-players posing and has-beens selling autographs at vastly inflated prices. I heard him who was in the Darth Vader suit was selling autographs at thirty quid a pop. Nice money *if* you are on the receiving end.

"er indoors TM" boiled up a rather good bit of carrot soup, and with that scoffed I set off to work for the late shift; my first on-my-own shift at my new place of work. It went well. Let’s hope that those sessions to come do too…