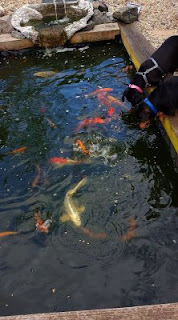 I woke with a start when the puppy trod on my goolies at 5am this morning. After such a rude awakening I wasn’t going to get back to sleep. Over brekkie I watched an old episode of “Dad’s Army”. For all that I’ve seen all the episodes so many times I am only now realising just how unrehearsed the show was. Most of the actors were obviously stumbling over their lines; clearly not remembering what they were supposed to be saying.
I then stared in to cyberspace for a few minutes. Several people had asked me to put a black 8-ball as my Facebook status as some sort of prostate cancer awareness thing. I’m sorry, but (as I’ve ranted before) I don’t do this sort of thing. I’d rather *do* something practical or give a few quid. A Facebook status doesn’t really achieve anything.
I had an email from Mrs Rabe Maxi who claimed her husband had recently died leaving her several million quid to give to a charity, but the only way for her to get her hands on the cash involved my intervention. She was offering me forty per cent of the cash if I would then pass on the remaining seventy per cent (!) to a charity of my choice.
As scams go it was pretty weak; she could at least have got her sums right.

I set off to work for another early shift. It was rather damp this morning. As I drove the pundits on the radio were discussing the case of the policeman who reported rampant racism in the Metropolitan Police Force who was then formally disciplined; having been accused of having made up the allegations. This is probably why so few people are afraid to be whistle-blowers; I know from bitter experience that if you stand up and say something that embarrasses the establishment, the establishment will find a way of sticking in the knife.
I am reminded of the two hundred and eighty fifth Rule of Acquisition “No good deed ever goes unpunished.”

I got to work, did my bit, and having been on the early shift I got away early. I was glad I did. Just as I got home I heard the news that the NHS has been the victim of a cyber-attack. My small corner of the NHS would seem to have been unaffected, but you have to wonder about the mentality of anyone who would attack a hospital in any way.

Once home, "er indoors TM" and I took the dogs round the park. As we walked we saw some blue tits had made a nest in a broken street light. How cute!!
Once home I watered my monkey-puzzle tree and fed the fish. I had canine assistance for both of these tasks. "er indoors TM" then set off to Hythe for the evening; I did some ironing whilst watching a DVD I’d bought last Monday. “Rise of the Krays” as quite watchable if you like that sort of thing.