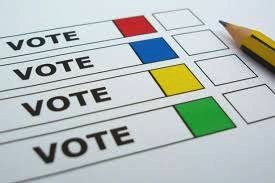 Yesterday the puppy woke me at 3am; it was slightly earlier this morning when her fidgeting about disturbed me. I tried to nod off again, but I saw every quarter of the hour between 2am and 6am.
Over brekkie I watched an episode of “Dad’s Army” then had my morning dose of Internet. Not that much was going on in Facebook really, but overnight I’d had a few job offers from employment agencies wondering if I fancied testing blood in Manchester and/or Northampton. It struck me as ironic that when I was seriously job-hunting I heard nothing from this agency, but now I am settled they send me loads of job offers. Mind you I did tell them I didn’t want to relocate and still they send me details about impractical opportunities.
LinkedIn again was trying to chum me up with people I’ve never met and with whom I have absolutely nothing in common, and “Tena Lady” wondered if I’d like to sample their incontinence pads(!)

Pausing only briefly to trip over the rubbish "er indoors TM" had littered up the stairs (and fall down three of them) I set off to work. I drove to work through rather heavy rain. As I drove the pundits on the radio were talking about how dry it was, and how hose pipe bans will be coming into force soon.
There was also a lot of time given to the upcoming French election. A *lot* of air time was spent replaying speeches the leading candidates had made. What a waste of time; firstly because the average Brit can’t vote in the French elections, and secondly because they were speaking in French and the average Brit couldn’t understand a word they were saying.

I did my bit, came home, and then voted in the local elections. Who did I want running the local council? I had to choose between:
With my “X” cast we took the dogs round the park, then "er indoors TM" went to move her car closer to home. When we got home the parking was tight. I left my car where it was. I shall get it in the morning. "er indoors TM" then went up the KFC for tea. I was pleased about that.
KFC and an evening in front of the telly. “Benidorm” and re-runs of “Bake-Off”. Not too shabby…