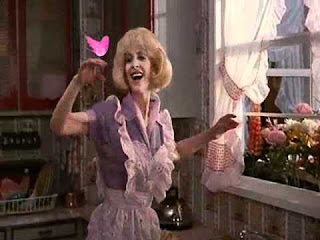 I slept well; I’ve had rather a busy long weekend. But I was still wide awake by 5am. Over brekkie I watched “BattleStar Galactica” then sparked up my lap-top. There wasn’t much happening on Facebook (which was probably for the best). I had an email from the South Ashford Community Forum telling me of plans to build a house on some disused land up the road from me, and I had a job offer in Hillingdon. I also had an email from LinkedIn telling me that people I don’t know were now adding cyber-connections to other people I don’t know.
As I pootled on-line I listened to Fudge snoring in his basket. He sleeps more and more as he is getting older. He loves going out for adventures, but the adventures do tire him. I worry about him; he’s not as young as he once was. He rarely gets up in the morning to hope for toast any more.

I set off to work; as I drove the talk on the radio was all about the upcoming election. My cynicism about democracy was proved beyond all doubt when the pundits interviewed an eighty-one year old bloke who had announced that he was going to vote at the upcoming general election for the first time ever. He was quite clear that at every previous election he had been uncertain of the outcome, but with the public’s perceived contempt for Jeremy Corbyn he felt sure of a Conservative victory. And so he felt that he could vote. He will vote Conservative; confident of their victory because voting for the loser is wasting your vote (apparently).

I got to work and had a message from an old colleague. A chap with whom I used to work at Canterbury came for interview a couple of weeks ago; he’d just handed in his notice and will be working with me again in a couple of months. Another old colleague also resigned today. I wonder if they too felt that they were being bullied out?

I had a rather good day at work, and with work done I came home and we walked the dogs round the park. "Furry Face TM" did dawdle; he has no urgency when we go out.
"er indoors TM" is boiling up dinner; what with the rest of the week being late shifts and night shift I didn’t fancy going to the Tuesday thing today. A night in front of the telly will suit me right.

Perhaps watching the telly wlil get rid of my ear-worm; “Somewhere that’s Green” (from “Little Shop of Horrors”) has been stuck in my head all day…